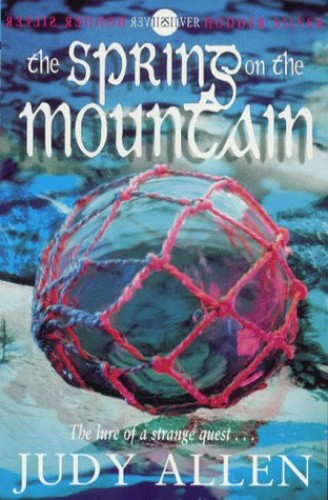 The Spring On The Mountain
by Judy Allen

In Stock
$12.49
+10% GST
An awesome quest and the power of ancient legend in a gripping story of fear and strangeness in the Welsh mountains, from an award-winning author.
Very Good
Only 1 left

The Spring On The Mountain Summary

The Spring On The Mountain by Judy Allen

Peter, Michael and Emma are strangers, each despatched by their parents for a week's holiday with the Myers in their cottage at the foot of a Welsh mountain. Coincidence? Or has the strange neighbour, Mrs White, somehow lured them to enact an awesome quest?

They are an uneasy trio, uncomfortable in their forced alliance, and they face their circumstances in very different ways - Mrs Myers anxious 'mothering', the enigmatic Mrs White, and the swirling sense of fear that seems trapped in the lane running past her house, her stories of Arthur's Way, the old straight track shrouded in legend that leads straight to the peak of the mountain, and her obsession with diverting the spring at the top. There are peculiar visitors and strange warnings, yet the children feel compelled to set off up Arthur's Way at the most dangerous time of year. What they discover, about unseen forces on earth, about the price of disturbing nature, about themselves, leads to a gripping climax in a spell-binding tale.

The Spring On The Mountain Reviews

A skilful study in fear and strangeness, with Arthurian echoes, in the Welsh hills. * The Listener *
Elemental is exactly the word to describe its strange plot. ... Spellbinding. * Manchester Evening News *
Unusual ... with moments of real beauty. * Junior Bookshelf *
THE BURNING: 'The insidiousness of evil is beautifully handled in Allen's exploration of jealousy and revenge.' * Janni Howker in TES *
The writing style is exceptional ... Highly recommended, school libraries should add THE BURNING to their collection and explore other titles by this gifted author. * Beth Ashworth, Teacher Librarian, Fiction Focus *
THE BURNING: 'The writing is tense and the complex plotting assured, which adds up to an exciting, imaginative tale . . . ' * BfK *
LORD OF THE DANCE: 'This is a fascinating book which will not remain long on the shelves but should certainly be available for young teenage readers.' * The School Librarian *
LORD OF THE DANCE: 'An intriguing and well written psychological novel.' * The Northern Echo *

Judy Allen's AWAITING DEVELOPMENTS won the Whitbread Award, the Friends of the Earth Earthworm Award, and was commended for the Carnegie Medal. Author of more than 30 books for children published to critical acclaim, frequently reaching prize short-lists, she also writes for radio and television; 5 plays for BBC Radio 4, dramatisations of THE SECRET GARDEN and TOM'S MIDNIGHT GARDEN (Philippa Pearce) for BBC Radio. Her award winning adult DECEMBER FLOWER was televised by Granada in 1985, adapted for BBC Radio and televised in US.
THE SPRING ON THE MOUNTAIN was first published by Jonathan Cape in 1973. Her first novel for Hodder, THE BURNING is being simultaneously published, as well as a reissue of THE STONES OF THE MOON, originally published by Jonathan Cape in 1975.

GOR008821459
The Spring On The Mountain by Judy Allen
Judy Allen
Used - Very Good
Paperback
Hachette Children's Group
2000-01-20
0340740256
9780340740255
N/A
Book picture is for illustrative purposes only, actual binding, cover or edition may vary.
This is a used book - there is no escaping the fact it has been read by someone else and it will show signs of wear and previous use. Overall we expect it to be in very good condition, but if you are not entirely satisfied please get in touch with us.