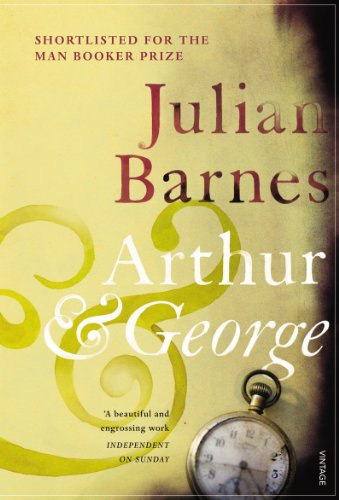 Now a major TV series starring Martin Clunes, Arsher Ali and Art Malik From the winner of the Man Booker Prize for Fiction 2011, an extraordinary true-life tale about a long-forgotten mystery... Arthur and George grow up worlds apart in late nineteenth-century Britain: Arthur in shabby-genteel Edinburgh, George in the vicarage of a small Staffordshire village. Arthur is to become one of the most famous men of his age, while George remains in hard-working obscurity. But as the new century begins, they are brought together by a sequence of events that made sensational headlines at the time as The Great Wyrley Outrages. This is a novel about low crime and high spirituality, guilt and innocence, identity, nationality and race. Most of all it is a profound and moving meditation on the fateful differences between what we believe, what we know and what we can prove.

"A beautiful and engrossing work" * Independent on Sunday *
"Richly accomplished... Dazzling" * Sunday Times *
"Excellent... Meticulously researched and vividly imagined, both gripping and thoughtful" * Sunday Telegraph *
"From the first paragraphs we know ourselves to be in the hands of a major novelist... A compelling narrative, beautifully controlled... This novel is Barnes at his best" -- P D James * The Times *
"As ever, Barnes serves up a master-class in character observation, lavishing attention on the minutiae of personality, the subtle and conflicting impulses that drive men and women. Barnes seems equipped to write with humour and elegance about anything he turns his attention to" * Financial Times *

Julian Barnes is the author of twelve novels, including The Sense of an Ending, which won the 2011 Man Booker Prize for Fiction. He has also written three books of short stories, four collections of essays and two books of non-fiction, Nothing to be Frightened Of and the Sunday Times number one bestseller Levels of Life. In 2017 he was awarded the Legion d'honneur.

GOR000277157
Arthur & George by Julian Barnes
Julian Barnes
Used - Very Good
Paperback
Vintage Publishing
2006-03-01
512
0099492733
9780099492733
Short-listed for IMPAC Dublin Literary Award 2007 Short-listed for British Book Awards: Best Read of the Year 2006
Book picture is for illustrative purposes only, actual binding, cover or edition may vary.
This is a used book - there is no escaping the fact it has been read by someone else and it will show signs of wear and previous use. Overall we expect it to be in very good condition, but if you are not entirely satisfied please get in touch with us.