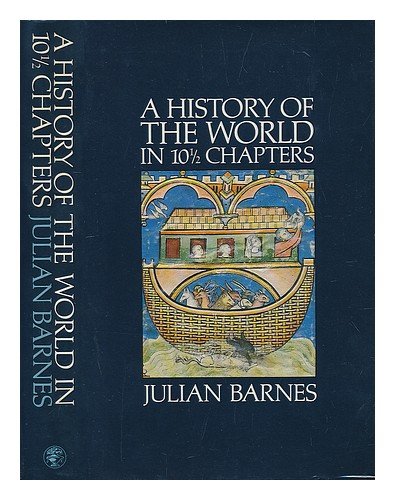 A History of the World in 10 Chapters
by Julian Barnes

In Stock
$33.99
inc. GST
`Frequently brilliant, funny, thoughtful, iconoclastic, and a delight to read. Barnes is like a worldly, secular reincarnation of a medieval gloss-writer on sacred texts, and what he offers us is the novel as footnote to history, as subversion of the given, as brilliant, elaborate doodle around the margins of what we know we think about what we think we know' Salman Rushdie, Observer
Very Good Good
7 in stock

A History of the World in 10 Chapters Summary

A History of the World in 10 Chapters by Julian Barnes

A stowaway aboard Noah's Ark gives us his account of the Voyage - a surprising, subversive one, quite unlike the official version - which explains a lot about how the human race has subsequently developed. A guest lecturer on a cruise ship in the Aegean has his work interrupted by a group of mysterious visitors who place him in a cruel dilemma. An ecclesiastical court in medieval France hears a bizarre case . . . Barnes creates a kaleidoscope of narrative voices - from fiction and fact, painting and snatches of autobiography - that comes slowly and compellingly into focus.

`You will want to read it again and again, and why not? There's nothing around to touch it.' Anne Smith, Literary Review

`There is more moral and intellectual fodder, and more jokes, here than you will read in a month of Sundays . . . storytelling and teaching which captivate, liberate, and above all, enchant' Financial Times

`Funny, ironic, erudite, surprising, and not afraid to take a dive overboard into the depths of sorrow and loss. My novel of the year' Nadine Gordimer

GOR005701366
A History of the World in 10 Chapters by Julian Barnes
Julian Barnes
Used - Very Good
Paperback
Pan Macmillan
1990-07-27
309
B00A0LBET0
9780330313995
N/A
Book picture is for illustrative purposes only, actual binding, cover or edition may vary.
This is a used book - there is no escaping the fact it has been read by someone else and it will show signs of wear and previous use. Overall we expect it to be in very good condition, but if you are not entirely satisfied please get in touch with us.