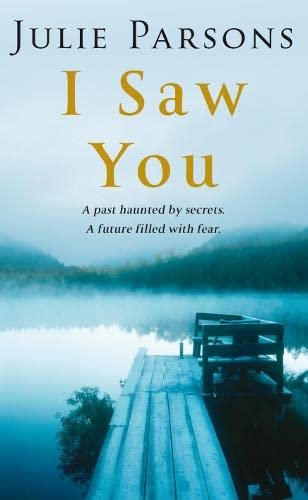 I Saw You
by Julie Parsons

I Saw You Summary

I Saw You by Julie Parsons

For ten years, newly retired Policeman Michael McLoughlin has been haunted by the case of a young woman brutally murdered and the affection he felt for the victim's mother, Margaret. A favor for a friend leads him to another woman who has lost a child - her daughter has been found drowned in the same lake her stepfather died in years earlier. An accident, suicide...or murder?

Margaret thought she could escape her past but the memories of her daughter - and of her killer - give her no peace and she finally returns to Dublin to face her demons. A chance encounter with a young girl in a graveyard leads her to back to a man she never thought she'd see again and a mother with a grief to match her own.

A chilling and dark novel of love, revenge and atonement from the author of Mary, Mary, The Courtship Gift, and The Hourglass.

Julie Parsons was born in New Zealand and has lived most of her adult life in Ireland. She has had a varied career - artist's model, typesetter, freelance journalist, radio and television producer - before returning to write fiction. This is her sixth novel, following The Courtship Gift, Eager to Please, The Guilty Heart and The Hourglass, and is a sequal to her chilling first novel Mary, Mary.

GOR001427836
I Saw You by Julie Parsons
Julie Parsons
Used - Very Good
Paperback
Pan Macmillan
2008-07-04
368
0330488872
9780330488877
N/A
Book picture is for illustrative purposes only, actual binding, cover or edition may vary.
This is a used book - there is no escaping the fact it has been read by someone else and it will show signs of wear and previous use. Overall we expect it to be in very good condition, but if you are not entirely satisfied please get in touch with us.