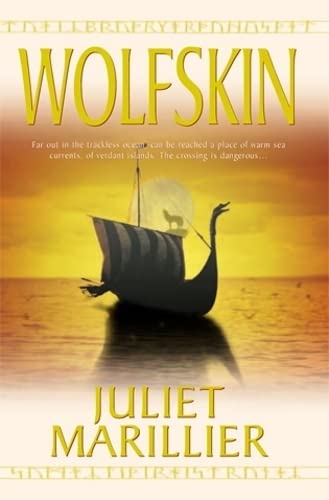 In Stock
$11.49
+10% GST
From the highly esteemed author of the 'Sevenwaters' Trilogy comes the first in a brilliant new epic sequence.
Very Good
Only 2 left

Eyvind can think of no more glorious future than becoming a Wolfskin, a warrior devoted to the service of the mighty war-god Thor. His closest friend, Somerled, a strange and lonely boy, has his own very different ambitions - yet a childhood oath, sworn in blood, binds these two in life-long loyalty. Eyvind and Somerled seem set to follow very different paths: one becoming a fearless servant of the Warfather, the other a scholarly courtier. Then a voyage of discovery, led by Somerled's brother Ulf, brings the two friends together again accompanying a group of settlers to some beautiful islands rumoured to lie across the western sea.

Ulf's new settlement begins in harmony with the native islanders, led by King Engus. But one day, on a trip to a holy place of the Folk, a brutal murder occurs and that peace is shattered. It is now that Eyvind begins to feel the restraining ties of his boyhood oath, and to realize what sort of future Somerled had in mind for himself all those years ago.

`An engrossing and enjoyable tale' Starburst

Juliet Marillier holds advanced degrees in music and languages, and has had a lifelong passion for both Celtic music and Irish folklore. She is the author of the internationally acclaimed Sevenwaters trilogy, Wolfskin, Foxmask and The Bridei Chronicles. She resides with her family in Perth, Western Australia.

GOR001424536
Wolfskin by Juliet Marillier
Juliet Marillier
Used - Very Good
Paperback
Pan Macmillan
2004-03-05
736
033049354X
9780330493543
N/A
Book picture is for illustrative purposes only, actual binding, cover or edition may vary.
This is a used book - there is no escaping the fact it has been read by someone else and it will show signs of wear and previous use. Overall we expect it to be in very good condition, but if you are not entirely satisfied please get in touch with us.