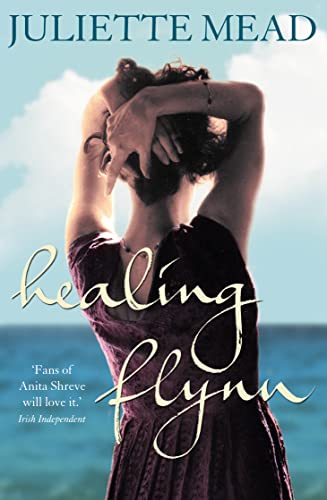 A woman with buried secrets, a man whose past threatens to overwhelm him...

A woman with buried secrets, a man whose past threatens to overwhelm him...

Making peace with the past can be the hardest thing to do...

Madeline seems to be a woman in control - of her work, her relationships, her whole calm, clockwork life. But beneath the surface, she is haunted by a tragedy which she locked away long ago.

When she meets Flynn, a troubled war photographer, she is thrown into turmoil. He too has a traumatic past, a history which he cannot contain. Disturbing memories have begun to overwhelm him, threatening his marriage, his relationship with his children and his career in the process.

Thrown together in their struggle to cope, they connect in a way that is as terrifying as it is exhilarating. But to move on with their lives, they must face up to - and deal with - not only the present and their powerful feelings for one another, but the ghosts that have haunted them for so long...

`This story grips you from the start. It's unmissable.' BEST

`A powerfully-told story of guilt, grief and the need to live and love again in order to survive.' SUNDAY MIRROR

"The novel is a love story and engages at that level... [and also] an intriguing novel, which should appeal equally to anyone who has been in therapy, anyone who is curious what therapist and their clients talk about, and anyone who needs therapy themselves. It is a big constituency." SUNDAY TELEGRAPH

`Juliette Mead uses the power of love to broach the subjects of loss, suffering and human relations. We are presented with two powerful insights into how a man reacts and deals with a war situation and what the loss of a child can mean to a woman.' PUNCH

Juliette Mead was born in 1960. After pursuing a career in finance in London, New York and Dallas, she switched careers to become a headhunter, which inspired her first work of fiction. She now lives in Wiltshire with her husband and four children, and has written five successful novels.

GOR004553186
Healing Flynn by Juliette Mead
Juliette Mead
Used - Very Good
Paperback
HarperCollins Publishers
2004-06-30
400
000710572X
9780007105724
N/A
Book picture is for illustrative purposes only, actual binding, cover or edition may vary.
This is a used book - there is no escaping the fact it has been read by someone else and it will show signs of wear and previous use. Overall we expect it to be in very good condition, but if you are not entirely satisfied please get in touch with us.