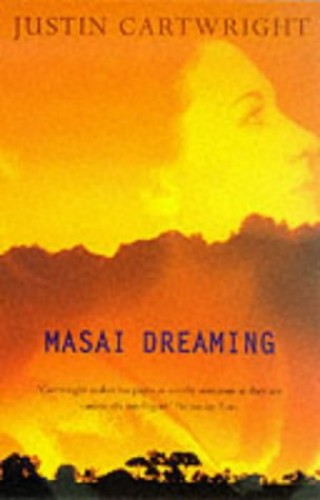 Out of Stock
$17.49
inc. GST
'Cartwright makes his pages as vividly sensuous as they are caustically intelligent' The Sunday Times
Very Good
Only 0 left

'A provocative novel about a disillusioned writer who travels to Africa to research a screenplay. Cartwright tellingly contrasts the supposed savagery of the dark continent with the very real barbarism of Nazi Germany and the modern world' Esquire

'Ambitious ... the book works well, as a story, as a compendium of reflections on race and nationhood and as a novel with a refined and distinctive narrative voice and one marvellously complete character, the old White Kenyan, Tom Fairfax ... an elegantly complex, unfailingly intelligent novel'

Born in South Africa, Justin Cartwright lived in Britain after studying at Trinity College, Oxford. He worked in advertising and directed documentaries, films and television commercials, and wrote seventeen novels. They include the Booker-shortlisted In Every Face I Meet, the Whitbread Novel Award-winner Leaping the Cheers, the acclaimed White Lightning, shortlisted for the 2002 Whitbread Novel Award, The Promise of Happiness, winner of the 2005 Hawthornden Prize, The Song Before It Is Sung, To Heaven By Water, Other People's Money, Lion Heart and Up Against the Night. His novel Look At It This Way was made into a three-part drama by the BBC in 1992, and he also published three works of non-fiction. He died in December 2018.

GOR001082673
Masai Dreaming by Justin Cartwright
Justin Cartwright
Used - Very Good
Paperback
Hodder & Stoughton General Division
2000-07-20
304
0340768363
9780340768365
N/A
Book picture is for illustrative purposes only, actual binding, cover or edition may vary.
This is a used book - there is no escaping the fact it has been read by someone else and it will show signs of wear and previous use. Overall we expect it to be in very good condition, but if you are not entirely satisfied please get in touch with us.