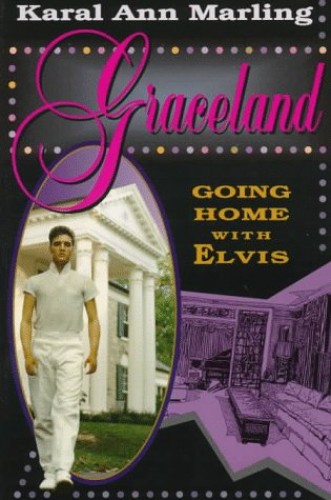 In Stock
$12.49
+10% GST
An interpretation of the places and the look of Elvis's life, from shotgun shack to mansion, presenting it as a dialogue he conducted with himself, family and fans. The book incorporates a guide to Graceland, with directions, admission prices and a detour into Southern literature and culture.
Very Good
Only 1 left

He didn't write music or lyrics and wasn't too articulate on the subject of himself, but when he created his dream house Elvis Presley spoke volumes about who he was. From the musical notes that dance across the gates to the soaring columns of the neo-Southern manse, from the glittering stairwells to the jungle rec room to the plush-lined bathroom suite where he died, the colors and textures and shapes of Graceland speak eloquently for the boy from Tupelo who became the King of Rock 'n' Roll. What the mansion says of Elvis, and what it says to - and of - the millions of fans who make the journey there each year, is what Graceland: Going Home with Elvis is about. This conversation is what tourism is about, and so Graceland speaks of tourism as well of the author's forays into an alien South, its rhythms, its history, and of Elvis as the ultimate tourist, the musician on the road, ever in transit between home and the one-night stand. Reconstructing the changing interior of Graceland during its owner's lifetime, the book describes the cultural geography of Elvisness - his self-created material world - and of American mobility in the postwar era.

GOR001940529
Graceland: Going Home with Elvis by Karal Ann Marling
Karal Ann Marling
Used - Very Good
Paperback
Harvard University Press
1997-08-29
268
0674358902
9780674358904
N/A
Book picture is for illustrative purposes only, actual binding, cover or edition may vary.
This is a used book - there is no escaping the fact it has been read by someone else and it will show signs of wear and previous use. Overall we expect it to be in very good condition, but if you are not entirely satisfied please get in touch with us.