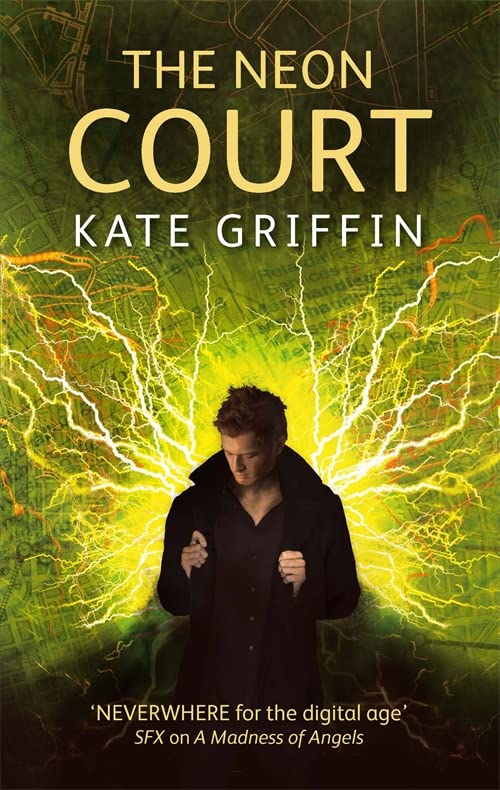 The Neon Court
by Kate Griffin

In Stock
$15.49
inc. GST
The third novel detailing the adventures of resurrected sorcerer Matthew Swift, in a tale of mystery, revenge and intrigue on the streets of a magical London.
Very Good Good Well Read
Only 4 left

The Neon Court: A Matthew Swift Novel by Kate Griffin

When the city was founded, he was the mad native spirit that waited in the dark, on the edge of the torchlight. When the streets were cobbled over, he became the footsteps heard on stone that you cannot see. When the Victorians introduced street lighting, he was the shadow who always shied away from the light, and when the gas went out, there he was. The shadow at the end of the alley, the footsteps half-heard in the night.

A daimyo of the Neon Court is dead. So are two warriors of the Tribe. And a freshly-prophesied 'chosen one' is missing. Each side blames the other and Matthew Swift is right in the middle of it, trying to keep the peace. Because when magicians go to war, everyone loses. But Swift has even bigger problems. A dead woman is trying to kill him and the city itself is under attack from a force of unimaginable power. As if trying to stay one step ahead of an assassin and juggling magical politics weren't challenging enough, Swift must also find a way to defeat a primal threat from humanity's darkest nightmares. Or there may not be a London left to fight over . . .

Kate Griffin is the name under which Carnegie Medal-nominated author, Catherine Webb, writes fantasy novels for adults. An acclaimed author of young adult books under her own name, Catherine's amazing debut, MIRROR DREAMS, was written when she was only fourteen years old, and garnered comparisons with Terry Pratchett and Philip Pullman.

GOR003121915
The Neon Court: A Matthew Swift Novel by Kate Griffin
Kate Griffin
Matthew Swift Novels
Used - Very Good
Paperback
Little, Brown Book Group
2011-02-03
400
1841499013
9781841499017
N/A
Book picture is for illustrative purposes only, actual binding, cover or edition may vary.
This is a used book - there is no escaping the fact it has been read by someone else and it will show signs of wear and previous use. Overall we expect it to be in very good condition, but if you are not entirely satisfied please get in touch with us.