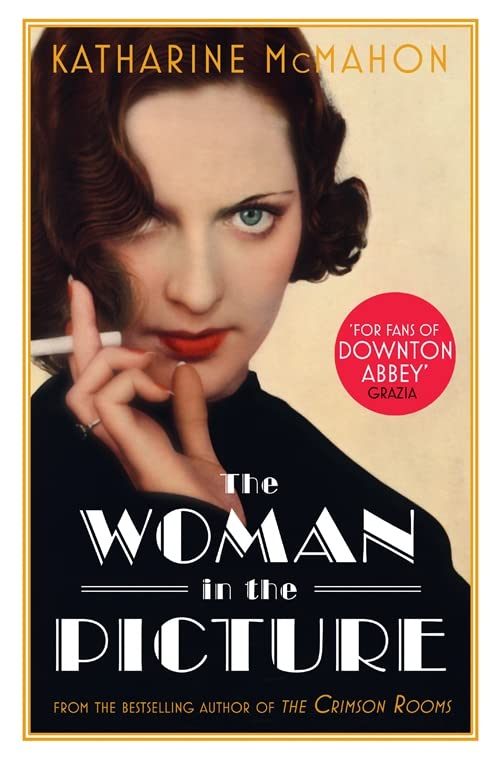 The Woman in the Picture
by Katharine McMahon

In Stock
$15.49
inc. GST
The page-turning sequel to THE CRIMSON ROOMS by the author of bestselling Richard & Judy Book Club pick, THE ROSE OF SEBASTOPOL. Includes reading-group notes.
Very Good
6 in stock

The Woman in the Picture Summary

The Woman in the Picture by Katharine McMahon

The page-turning sequel to THE CRIMSON ROOMS by the author of bestselling Richard & Judy Book Club pick, THE ROSE OF SEBASTOPOL.

London, 1926. Evie Gifford, one of the first female lawyers in Britain, is not a woman who lets convention get in her way. She has left her family home following a devastating love affair, much to her mother's disapproval.

London is tense in the days leading up to the General Strike and Evelyn throws herself into two very different cases - one involving a family with links to the unions and the other a rich man who claims not to be the father of his wife's child. Evie is confronting the hardest challenge of her career when she is faced with an unexpected proposal - just as her former lover returns.

How can she possibly choose between security with a man she admires and passion for the man who betrayed her?

The Woman in the Picture Reviews

The author of The Crimson Rooms returns with this sequel, a Mitford-style 1920s thriller. * RED MAGAZINE *
No matter the era, professional women always struggle to balance that old chestnut - love versus a career. If you think you've got it bad now, just imagine living in the 1920s and being one of the first women to qualify as a solicitor... * GRAZIA *
I'm hooked by Evelyn and those around her and I love the sense of the period. Katharine McMahon is a great storyteller. * NIAMH CUSACK *
You'll immediately fall for Evelyn, the lead girl in The Woman in the Picture... * COMPANY MAGAZINE *
Evelyn is a brave, intelligent character, especially given the sexism of the times, and you will find yourself rooting for her and the people she defends. * WOMAN MAGAZINE *
This novel's skilfully crafted atmosphere draws the reader in from the first page, and the protagonist's compassion for the people she defends is impressive. The cases she becomes embroiled in are interesting, but the love story is the most gripping part. McMahon is a talented writer whose twists will keep you turning pages. It can be easy to forget that not so long ago, women were still fighting to be taken granted in the workplace 0 this book reminds us it was not in vain. * THE LADY *
The roaring 20s are brought fizzingly to life in Katharine McMahon's The Woman in the Picture. This elegant story about a feisty young woman torn between head and heart is absorbing and atmospheric. * GOODHOUSEKEEPING *
This great, heart-stopping page-turned is the sequel to the wonderful The Crimson Rooms.. ....private and professional struggles play themselves out against the canvas of a wider social conflict, the 1926 General Strike; and the novel fairly steams with boiled-wool period atmosphere. McMahon is the mistress of telling contrasts, and of charged, passionate and beautifully crafted prose. -- Wendy Holden * DAILY MAIL *
McMahon juggles her many plotlines with such skill...A richly entertaining yarn. * READERS DIGEST *
Katharine McMahon is a highly adept and imaginative writer * THE INDEPENDENT ON SUNDAY *

Katharine McMahon is the author of ten novels, including The Alchemist's Daughter and The Crimson Rooms, that focus on astonishing women and their ability to find a voice and make a mark, even at times and in societies when they are risking everything. The Rose of Sebastopol was a Richard & Judy pick and a Sunday Times bestseller. http://www.katharinemcmahon.com

GOR007002144
The Woman in the Picture by Katharine McMahon
Katharine McMahon
Used - Very Good
Paperback
Orion Publishing Co
2015-07-30
368
1780228074
9781780228075
N/A
Book picture is for illustrative purposes only, actual binding, cover or edition may vary.
This is a used book - there is no escaping the fact it has been read by someone else and it will show signs of wear and previous use. Overall we expect it to be in very good condition, but if you are not entirely satisfied please get in touch with us.