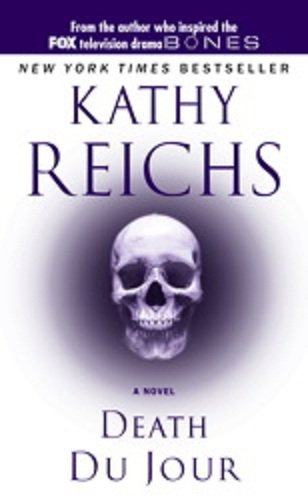 Out of Stock
$22.49
inc. GST
Forensic anthropologist Temperance Brennan returns in this follow-up to the bestselling "Deja Dead". This time, Brennan digs for a corpse where a nun who died a century ago should be lying in her grave. Sister Elizabeth Nicolet's life and death provides a welcome contrast to discoveries at a burning chalet, where scorched bodies are found.
Very Good
Only 0 left

Forensic anthropologist Kathy Reichs exploded onto bestseller lists worldwide with her phenomenal debut novel Deja Dead -- and introduced "[a] brilliant heroine" (Glamour) in league with Patricia Cornwell's Kay Scarpetta. Dr. Temperance Brennan, Quebec's director of forensic anthropology, now returns in a thrilling new investigation into the secrets of the dead.
In the bitter cold of a Montreal winter, Tempe Brennan is digging for a corpse buried more than a century ago. Although Tempe thrives on such enigmas from the past, it's a chain of contemporary deaths and disappearances that has seized her attention -- and she alone is ideally placed to make a chilling connection among the seemingly unrelated events. At the crime scene, at the morgue, and in the lab, Tempe probes a mystery that sweeps from a deadly Quebec fire to startling discoveries in the Carolinas, and culminates in Montreal with a terrifying showdown -- a nerve-shattering test of both her forensic expertise and her skills for survival.

"Brennan is a winner, and so is Reichs."

Kathy Reichs's first novel Deja Dead was a #1 New York Timesbestseller and won the 1997 Ellis Award for Best First Novel. A Conspiracy of Bones is Kathy's nineteenth entry in her series featuring forensic anthropologist Temperance Brennan. Kathy was also a producer of the hit Fox TV series, Bones, which is based on her work and her novels. Dr. Reichs is one of very few forensic anthropologists certified by the American Board of Forensic Anthropology. She served on the Board of Directors and as Vice President of both the American Academy of Forensic Sciences and the American Board of Forensic Anthropology, and as a member of the National Police Services Advisory Council in Canada. She divides her time between Charlotte, North Carolina, and Montreal, Quebec. Visit Kathy at KathyReichs.com.

GOR001718412
Death Du Jour by Kathy Reichs
Kathy Reichs
Used - Very Good
Paperback
Simon & Schuster
2003-01-20
480
0671011375
9780671011376
N/A
Book picture is for illustrative purposes only, actual binding, cover or edition may vary.
This is a used book - there is no escaping the fact it has been read by someone else and it will show signs of wear and previous use. Overall we expect it to be in very good condition, but if you are not entirely satisfied please get in touch with us.