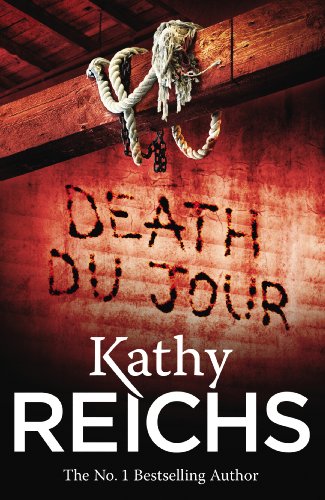 A gripping Temperance Brennan novel from forensic anthropologist and bestselling crime thriller writer Kathy Reichs On a bitterly cold March night in Montreal, forensic anthropologist Dr Temperance Brennan is exhuming the remains of a nun in the grounds of an old church. Hours later, Tempe is called to the scene of a horrifying arson. A young family has perished, but there is no explanation, no motive, and no witnesses. From the charred remains of the inferno, to a trail of sinister cult activity, Tempe faces a nerve-shattering case which will test her forensic expertise - and her instinct for survival.

"You'll want to keep turning the pages long after lights out to find out what happens next ... Reichs' real-life expertise gives her novels an authenticity that most other crime novelists would kill for" * Daily Express *
"With Kathy Reichs the reader knows they're in the hands of an expert" * Sunday Express *
"Reichs' seamless blending of fascinating science and dead-on psychological portrayals, not to mention a whirlwind of a plot, make [her novels] a must read" * Jeffery Deaver *
"It is becoming apparent that Reichs is not just "as good as" Cornwell, she has become the finer writer" * Daily Express *
"Reichs has reasserted her supremacy in the field" * Independent *

Kathy Reichs is vice president of the American Academy of Forensic Scientists; a member of the RCMP National Police Services Advisory Council; forensic anthropologist to the province of Quebec; and a professor of forensic anthropology at the University of North Carolina-Charlotte. Her first book, Deja Dead, catapulted her to fame when it became a New York Times bestseller and won the 1997 Ellis award for best first novel. She has written 15 bestselling Temperance Brennan novels, the most recent include Bones Are Forever, Flash and Bones and 206 bones. For more information visit www.kathyreichs.com

GOR003232741
Death Du Jour: (Temperance Brennan 2) by Kathy Reichs
Kathy Reichs
Temperance Brennan
Used - Very Good
Paperback
Cornerstone
2011-07-07
464
0099556529
9780099556527
N/A
Book picture is for illustrative purposes only, actual binding, cover or edition may vary.
This is a used book - there is no escaping the fact it has been read by someone else and it will show signs of wear and previous use. Overall we expect it to be in very good condition, but if you are not entirely satisfied please get in touch with us.