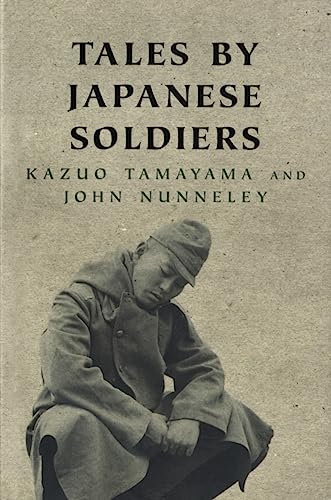 An absolutely unique book, this is the Second World War in Burma as seen through the eyes of ordinary Japanese soldiers

Over 305,000 Japanese soldiers fought in Burma between 1942 and 1945; 180,000 of them died. This book, uniquely, tells how the common soldier of the Imperial Japanese Army lived, fought and died in that terrible conflict. Here are straightforward accounts, sometimes moving, often shocking, of what it was like to fight a war in a strange country, far from home, short of food and weapons, confused, facing death from disease and starvation as well as enemy action.

Sixty-two 'tales', translated from the Japanese, trace the Burma campaign in chronological sequence and together offer a new perspective on a terrible war. Japanese soldiers, navy men, fighter pilots, and others were from a different culture, but they were not the devils of popular legend. Just like their enemies, they were scared young men, fighting to the death a war they didn't understand.

Dr Kazuo Tamayama is secretary of the Japan-British Society, is actively involved in the reconciliation of the Japanese and British peoples, and was awarded an honorary MBE in 1998. John Nunneley fought the Japanese in Burma, and was wounded in 1944. He is chairman of the Burma Campaign Fellowship Group, which exists to promote British-Japanese friendship.

GOR001374160
Tales By Japanese Soldiers by Kazuo Tamayama
Kazuo Tamayama
Cassell Military Paperbacks
Used - Very Good
Paperback
Orion Publishing Co
2001-10-11
256
0304359785
9780304359783
N/A
Book picture is for illustrative purposes only, actual binding, cover or edition may vary.
This is a used book - there is no escaping the fact it has been read by someone else and it will show signs of wear and previous use. Overall we expect it to be in very good condition, but if you are not entirely satisfied please get in touch with us.