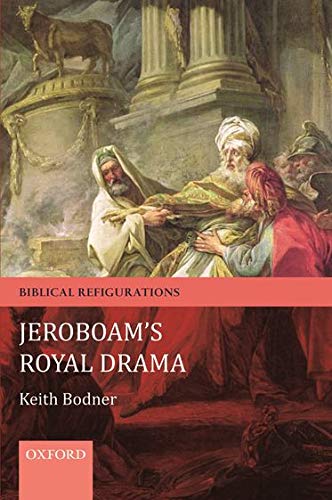 Out of Stock
$30.99
inc. GST
This book explores the characterization of Jeroboam in 1 Kings 11-14, tracing the rise and fall of this notorious figure. Close analysis of the Hebrew text reveals a literary achievement of great subtlety and suggests the arrival of Jeroboam's kingship can be read as a direct response to scandalous activity within the Solomonic empire.
Very Good
Only 0 left

Among the most challenging biblical figures to understand is Jeroboam son of Nebat, the first monarch of northern Israel whose story is told in 1 Kings 11-14. This book explores the characterization of Jeroboam in the Hebrew text, and traces his rags to riches career trajectory. What are the circumstances whereby this widow's son is elevated to the position of king, with a conditional promise for a lasting dynasty? A close reading of the narrative reveals a literary achievement of great subtlety and complexity. Even though he becomes the negative standard for the rest of Israel's royal history, Jeroboam's portrait is far more nuanced than is often realized and yields a host of surprises for the engaged reader. Numerous issues are raised in the 1 Kings 11-14 material, including questions of power, leadership, and the role of the prophetic office in national affairs. Against the grain of conventional interpretation that tends to idealize or vilify biblical characters, Keith Bodner's study locates the arrival of Jeroboam's kingship as a direct response to scandalous activity within the Solomonic empire.

As with his other works, Bodner's attention to detail yields much fruit, and his theological instincts only double the rewards. Moreover, Bodner's lucid writing and solid biblical scholarship make for a compelling read. * Paul Hedley Jones, Theology Vol. 116 *
Keith Bodner has written a fresh and creative study of the Jeroboam account in Kings. He provides a masterful literary study of the Jeroboam narrative and then uses that reading as a base for discussing the social background of the story. His work opens up the biblical text for the modern reader and in the process sheds light on contemporary religious and social problems of the same sort that concerned the ancient biblical authors. This is a fascinating and important study. * Robert R. Wilson, Hoober Professor of Religious Studies and Professor of Old Testament, Yale University *

Prologue: Jeroboam and the Legitimacy of Rebellion ; 1. Ideologies of Kingship: Mechanisms of Power and the Reigns of Saul, David, and Solomon ; 2. Souls of Revolt: Solomon's Adversaries and the Flashback to Jeroboam ; 3. Politics of Rebellion: The Schism of Shechem and the Resistance to Imperialism ; 4. Objects of Control: Golden Calves 2.0 and the Distribution of Power ; 5. Play-Within-A-Play: The Altar and the Allegory of 1 Kings 13 ; 6. Focus on the Family: The Royal Disguise of Israel's Queen ; Epilogue: The Future of Jeroboam's Memory

GOR010172049
Jeroboam's Royal Drama by Keith Bodner
Keith Bodner
Biblical Refigurations
Used - Very Good
Paperback
Oxford University Press
2012-01-26
178
0199601887
9780199601882
Winner of Awarded the 2013 R.B.Y. Scott award - offered annually by the Canadian Society of Biblical Studies in recognition of an outstanding book in the areas of Hebrew Bible and/or the Ancient Near East..
Book picture is for illustrative purposes only, actual binding, cover or edition may vary.
This is a used book - there is no escaping the fact it has been read by someone else and it will show signs of wear and previous use. Overall we expect it to be in very good condition, but if you are not entirely satisfied please get in touch with us.