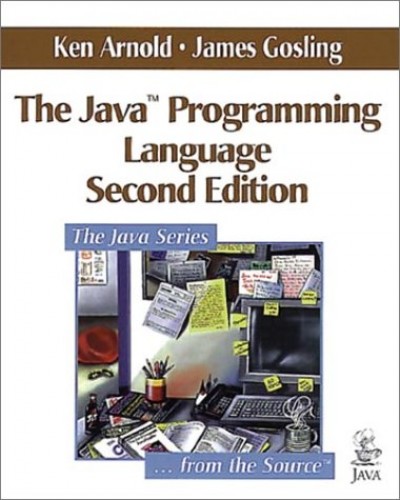 Third Edition now available! Co-authored by the creator of the Java technology and an experienced object-oriented developer, The JavaTM Programming Language, Second Edition, is the definitive resource for all serious Java programmers. This book will give you a solid foundation in Java programming language strategies and techniques. It features a concise introduction to the language; detailed descriptions of Java's commands, constructs, and libraries; and numerous real-world examples that show you how to exploit the language's power, portability, and flexibility. You will find in-depth and progressively advanced coverage of classes and objects, interfaces, exception-handling, threads and multitasking, and packages. In addition, the book describes the Java core library packages, including I/O, standard utilities, language types, and system classes. Thoroughly revised from start to finish, this second edition fully integrates Java 1.1 into both text and examples. This edition includes the changes introduced in Java 1.1 , such as nested classes (including anonymous classes), threading issues, character-based streams, object-serialization, documentation comments, new utility classes, plus internationalization and localization. The book lets you in on the rationale behind Java's design, direct from the language's creator, as well as the tradeoffs involved in using specific features. With these insights, you will have the understanding you need to begin developing Java applications and applets. 0201310066B04062001

Ken Arnold, formerly senior engineer at Sun Microsystems Laboratories, is a leading expert in object-oriented design and implementation. He was one of the original architects of the Jini (TM) technology, and the lead engineer of Sun's JavaSpaces (TM) technology.

James Gosling is a Fellow and Chief Technology Officer of Sun's Developer Products group, the creator of the Java programming language, and one of the computer industry's most noted programmers. He is the 1996 recipient of Software Development's "Programming Excellence Award." He previously developed NeWS, Sun's network-extensible window system, and was a principal in the Andrew project at Carnegie Mellon University, where he earned a Ph.D. in computer science.

GOR002793596
The Java (TM) Programming Language by Ken Arnold
Ken Arnold
Used - Very Good
Paperback
Pearson Education (US)
1997-12-01
464
0201310066
9780201310061
N/A
Book picture is for illustrative purposes only, actual binding, cover or edition may vary.
This is a used book - there is no escaping the fact it has been read by someone else and it will show signs of wear and previous use. Overall we expect it to be in very good condition, but if you are not entirely satisfied please get in touch with us.