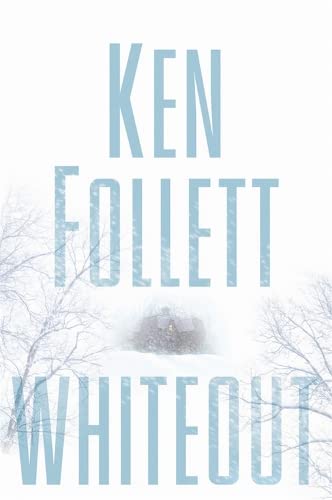 As a blizzard whips out of the north on Christmas Eve, several people converge on a remote family house. Stanley Oxenford, director of a pharmaceutical research company, has everything riding on a drug he is developing to fight a lethal virus. Several others are interested in his success too: his children, at home for Christmas with their offspring, have their eyes on the money he will make; Toni Gallo, head of his security team and recently forced to resign from the police, is betting her career on keeping it safe; an ambitious local television reporter sniffs a story, even if he has to bend the facts to tell it; and a violent trio of thugs is on their way to steal it, with a client already waiting.

As the storm worsens and the group is laid under siege by the elements, the emotional sparks crackle and dark secrets are uncovered threaten to drive Stanley and his family apart for ever.

Filled with startling twists, Whiteout is the ultimate knife-edge drama from an international bestselling author who is in a class by himself.

Ken Follett was only twenty-seven when he wrote the award-winning novel EYE OF THE NEEDLE, which became an international bestseller. He has since written sixteen equally successful novels including, most recently, HORNET FLIGHT. He is also author of the non-fiction bestseller ON WINGS OF EAGLES. He lives with his family in London and Hertfordshire.

GOR002624775
Whiteout by Ken Follett
Ken Follett
Used - Very Good
Hardback
Pan Macmillan
2004-10-15
400
0333908414
9780333908419
N/A
Book picture is for illustrative purposes only, actual binding, cover or edition may vary.
This is a used book - there is no escaping the fact it has been read by someone else and it will show signs of wear and previous use. Overall we expect it to be in very good condition, but if you are not entirely satisfied please get in touch with us.