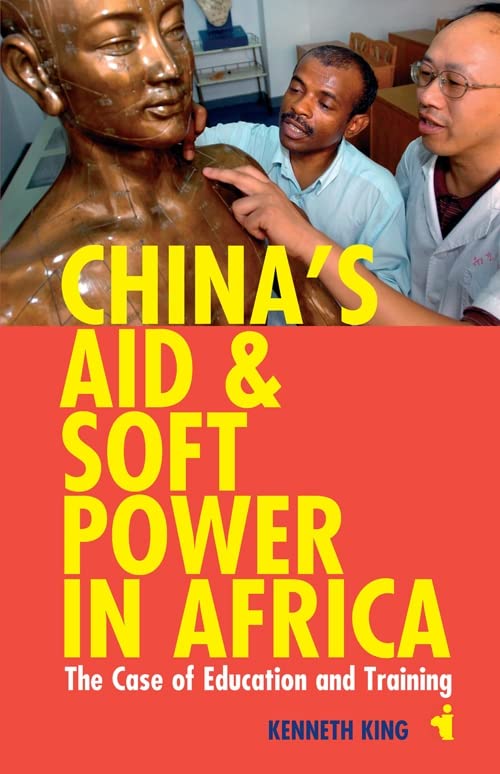 Used Price
$34,99
inc. GST
Free Shipping in Australia
China's increasing role as an education donor in Africa, and the significance of this both economically and politically.
Reviews:
Trustpilot
Very Good

Why does China run one of the world's largest short-term training programmes, with plans to bring 30,000 Africans to China between 2013 and 2015?

Why does it give generous support to 31 Confucius Institutes teaching Mandarin and Chinese culture at many of Africa's top universities from the Cape to Cairo?

Why is China one of the very few countries to increase the number of full scholarships for Africans to study in its universities, a total of 18,000 anticipated between 2013 and 2015?

China claims to have been involved for 60 years in South-South cooperation of mutual benefit to China and Africa. While its dramatic economic and trade impact, particularly on Africa, has caught global attention, little focus has yet been given to its role as an education donor - and especially to the critical role of China's support for training and human resource development for Africans in China, and within Africa itself. It is vital that we understand what is going on, and why education is so important in China-Africa relations. Here is hard evidence from Ethiopia, South Africa and Kenya of the dramatic growth of China's soft power and increasing impact in capacity-building, and of the implications of this for Africa, China and the world.

An invaluable survey [and] an essential text. FRONTIERS IN EDUCATION IN CHINA

A useful text which will be helpful to students and policy-makers interested in the emerging role of countries such as China in global politics and development. INTERNATIONAL JOURNAL OF CONTINUING EDUCATION AND LIFELONG LEARNING

Professor King is an acknowledged expert in the field of international education, with a vast experience in pioneering research throughout the globe. His latest book offers a unique and valuable insight into the dynamics of Chinese aid for education in Africa. RT HON GORDON BROWN MP, UN Special Envoy for Global Education

Professor King's superbly reported and careful balanced analysis examines whether the Chinese really do (as the ancient sage Lao Tzu put it) "teach a man to fish rather than giving him a fish". DEBORAH BRAUTIGAM, author of The Dragon's Gift: the Real Story of China in Africa

GOR005876503
China`s Aid and Soft Power in Africa - The Case of Education and Training by Kenneth King
Kenneth King
Used - Very Good
Paperback
James Currey
2013-05-16
256
1847010652
9781847010650
N/A
Book picture is for illustrative purposes only, actual binding, cover or edition may vary.
This is a used book - there is no escaping the fact it has been read by someone else and it will show signs of wear and previous use. Overall we expect it to be in very good condition, but if you are not entirely satisfied please get in touch with us.