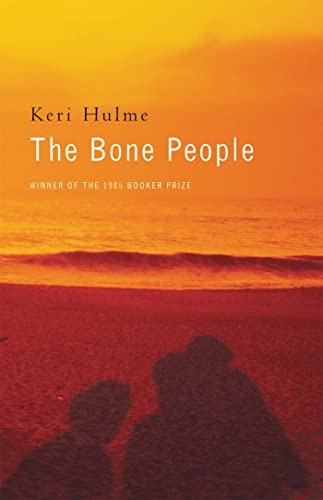 The Bone People
by Keri Hulme

Out of Stock
$16.49
inc. GST
Powerful and visionary, Keri Hulme has written the great New Zealand novel of our times.
Very Good
Only 0 left

The Bone People by Keri Hulme

Winner of the Booker Prize in 1985, The Bone People is the story of Kerewin, a despairing part-Maori artist who is convinced that her solitary life is the only way to face the world. Her cocoon is rudely blown away by the sudden arrival during a rainstorm of Simon, a mute six-year-old whose past seems to hold some terrible trauma. In his wake comes his foster-father Joe, a Maori factory worker with a nasty temper.

The narrative unravels to reveal the truths that lie behind these three characters, and in so doing displays itself as a huge, ambitious work that tackles the clash between Maori and European characters in beautiful prose of a heartrending poignancy.

'In this novel, New Zealand's people, its heritage and landscape are conjured up with uncanny poetry and perceptiveness' Sunday Times

'In this novel, New Zealand's people, its heritage and landscape are conjured up with uncanny poetry and perceptiveness' Sunday Times

Keri Hulme has Kai Tahu, Orkney Island and English ancestry and lives on the West Coast, South Island, Aotearoa - New Zealand. She is a writer and painter, author books including short stories, poetry and essays - and a libretto. Her first novel The Bone People won the Booker Prize in 1985.

GOR001047962
The Bone People by Keri Hulme
Keri Hulme
Used - Very Good
Paperback
Pan Macmillan
2001-11-09
560
0330485415
9780330485418
Winner of Booker Prize for Fiction 1985
Book picture is for illustrative purposes only, actual binding, cover or edition may vary.
This is a used book - there is no escaping the fact it has been read by someone else and it will show signs of wear and previous use. Overall we expect it to be in very good condition, but if you are not entirely satisfied please get in touch with us.