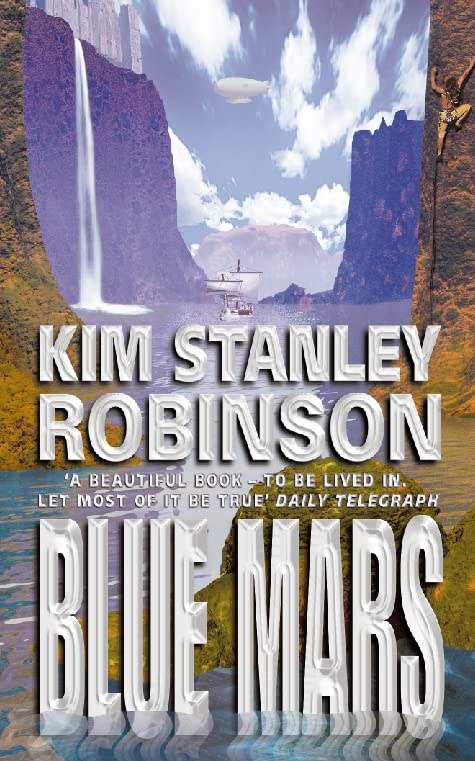 The final novel in the worldwide bestselling Mars trilogy.

The final novel in the worldwide bestselling Mars trilogy.

Mars has grown up

It is fully terraformed - genetically engineered plants and animals live by newly built canals and young but stormy seas.

It is politically independent. A brave and buzzing new world. Most of the First Hundred have died. Those that remain are like walking myths to Martian youth.

Earth has grown too much

Chronic overpopulation, bitter nationalism, scarce resourses. For too many Terrans, Mars is a mocking utopia. A dream to live for, fight for... perhaps even die for.

`One of the finest working novelists in any genre'
GUARDIAN

'If I had to choose one writer whose work will set the standard for science fiction in the future, it would be Kim Stanley Robinson'
NEW YORK TIMES

Praise for The Mars Trilogy:

`One of the finest works of American SF'
TIMES LITERARY SUPPLEMENT

`A staggering book. The best novel on the colonization of Mars that has ever been written'
Arthur C. Clarke

Kim Stanley Robinson was born in 1952. After travelling and working around the world, he settled in his beloved California. He is widely regarded as the finest science fiction writer working today, noted as much for the verisimilitude of his characters as the meticulously researched hard science of his work. He has won just about every major sf award there is to win.

GOR001215069
Blue Mars by Kim Stanley Robinson
Kim Stanley Robinson
Used - Very Good
Paperback
HarperCollins Publishers
1997-04-07
800
0586213910
9780586213919
N/A
Book picture is for illustrative purposes only, actual binding, cover or edition may vary.
This is a used book - there is no escaping the fact it has been read by someone else and it will show signs of wear and previous use. Overall we expect it to be in very good condition, but if you are not entirely satisfied please get in touch with us.