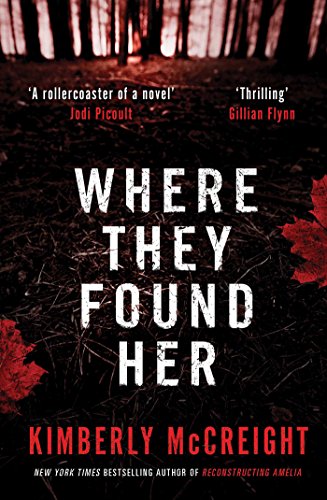 Where They Found Her
by Kimberly McCreight

Used Price
$34.99
inc. GST
Free Shipping in Australia
From the author of Reconstructing Ameliacomes a gripping crime novel about a community struggling with the consequences of a devastating discovery
Reviews:
Trustpilot
Very Good Good

Where They Found Her Summary

Where They Found Her by Kimberly McCreight

Like Tom Perotta and Jodi Picoult, Kimberly McCreight beautifully captures the darkness and drama beneath the surface of seemingly placid, idyllic lives. This second novel ruthlessly unpicks the fabric of picture-perfect, upper-middle-class suburban society, and what it reveals will shock you to the core.

At the end of a long winter in bucolic Ridgedale, New Jersey, the body of an infant is discovered in the woods near the town's prestigious university campus. No one knows who the baby is, or how her body ended up out there. But there is no shortage of opinions.

When freelance journalist Molly Sanderson is unexpectedly called upon to cover the story for the Ridegdale Readerit's a risk, given the severe depression that followed the loss of her own baby. But the bigger threat comes when Molly unearths some of Ridgedale's darkest secrets. Meanwhile, Sandy, a high school dropout, searches for her volatile and now missing mother, and PTA president Barbara struggles to help her young son who's suddenly having disturbing outbursts.

Told from the perspectives of Molly, Barbara, and Sandy, Kimberly McCreight's taut and profoundly moving novel unwinds the tangled truth about the baby's death revealing that these three women have far more in common than they realized. And that their lives are more intertwined with what happened to the baby than they ever could have imagined.

Customer Reviews - Where They Found Her

GOR008696985
Where They Found Her by Kimberly McCreight
Kimberly McCreight
Used - Very Good
Paperback
Simon & Schuster Ltd
2015-04-23
336
1471111326
9781471111327
N/A
Book picture is for illustrative purposes only, actual binding, cover or edition may vary.
This is a used book. We do our best to provide good quality books for you to read, but there is no escaping the fact that it has been owned and read by someone else previously. Therefore it will show signs of wear and may be an ex library book.