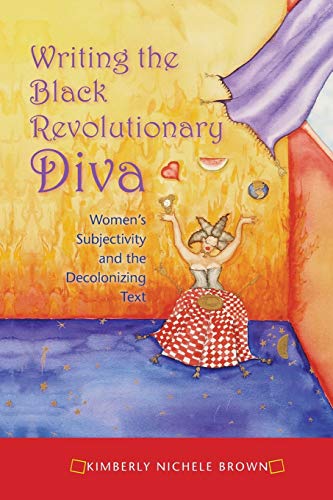 Kimberly Nichele Brown examines how African American women since the 1970s have found ways to move beyond the "double consciousness" of the colonized text to develop a healthy subjectivity that attempts to disassociate black subjectivity from its connection to white culture. Brown traces the emergence of this new consciousness from its roots in the Black Aesthetic Movement through important milestones such as the anthology The Black Woman and Essence magazine to the writings of Angela Davis, Toni Cade Bambara, and Jayne Cortez.

Brown (Texas A&M Univ.) reacts to the idea that 'African American writers have become increasingly more concerned about how they are received by blacks than whites.' She does so in the context of the backlash against African American women who have been accused of presenting only negative images of African American men. Citing literature that ranges from slave narratives to contemporary work, the author debates the presence of seemingly radical ideas such as double-consciousness, multiple-consciousness, decolonization, oppression, and sexism in African American women's works and the reactions to that literature. In defending her argument, she cites Alice Walker, bell hooks, Angela Davis, Toni Cade Bambara, and other noted African American women. Issues of female empowerment in the public sphere and audience are central to each of the book's five parts. This title appears in the 'Blacks in the Diaspora' series, which includes a number of titles that would work nicely with it, notable among them
Jerry Bryant's 'Born in a Mighty Bad Land': The Violent Man in African American Folklore and Fiction (CH, Oct'03, 41-0770). Summing Up: Recommended. All readers. --ChoiceT. L. Stowell, Adrian College, July 2011

"Kimberly Brown's sweeping critical attention to the crucial, body-political texts of academically unappreciated marvels such as Jayne Cortez and Toni Cade Bambara could not be more welcome. This uncowed return to the thematics of decolonization is vital-what Black Studies and Black worlds need now more than ever with the world at large." -Greg Thomas, author of The Sexual Demon of Colonial Power and Hip-Hop Revolution in the Flesh

"The revolutionary divas in these works represent a response to the 'black woman as victim' argument that informs so much discussion of black women's subjectivity. [These] women writers emerge from the black folk experience not just as its representatives, but as an embodiment of its potential." -Alice A. Deck, University of Illinois

"Brown's work is one of the most thorough studies and critiques of black women's writing to date." -H-1960s, September, 2011

"Writing the Black Revolutionary Diva is a lovely book. Brown manages to reinvigorate common notions like wellness, healing, recovery, and pain with the kind of critical rigor that makes them useful in cultural studies but refuses to burden them with unnecessary complexity.... Writing the Black Revolutionary Diva and its ideas will be instructive for a very long time to come.

Kimberly Nichele Brown is Associate Professor of English and Director of the Africana Studies Program at Texas A&M University.

Prelude
1. From Soul Cleavage to Soul Survival: Double-Consciousness and the Emergence of the Decolonized Text/Subject
2. "Who Is the Black Woman?": Repositioning the Gaze and Reconstructing Images in The Black Woman: An Anthology and Essence Magazine
3. Constructing Diva Citizenship: The Enigmatic Angela Davis as Case Study
4. Return to the Flesh: The Revolutionary Ideology behind the Poetry of Jayne Cortez
5. She Dreams a World: The Decolonized Text and the New World Order, Toni Cade Bambara's The Salt Eaters
Coda: This Is Not Just about "Inward Navel-Gazing": Decolonizing My Own Mind as a Critical Stance

NLS9780253222466
9780253222466
025322246X
Writing the Black Revolutionary Diva: Women's Subjectivity and the Decolonizing Text by Kimberly Nichele Brown
Kimberly Nichele Brown
Blacks in the Diaspora
New
Paperback
Indiana University Press
2010-09-09
294
N/A
Book picture is for illustrative purposes only, actual binding, cover or edition may vary.
This is a new book - be the first to read this copy. With untouched pages and a perfect binding, your brand new copy is ready to be opened for the first time
Trustpilot