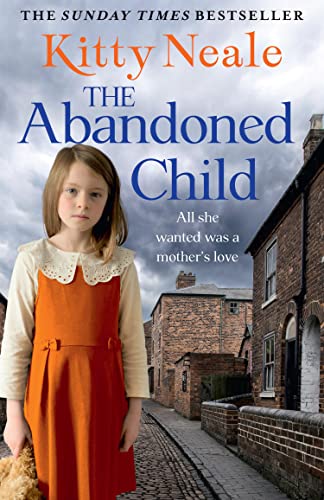 Kitty Neale is back! Curl up with this heartrending new novel from the Sunday Times bestselling author of A BROKEN FAMILY and A FATHER'S REVENGE

Kitty Neale is back! Curl up with this heartrending new novel from the Sunday Times bestselling author of A BROKEN FAMILY and A FATHER'S REVENGE

All she wanted was a mother's love ...

DESPISED
Penny's childhood was spent in the shadows of her mother's business schemes, feeling alone and unimportant. It fell to Lorna, her mother's acquaintance, to take care of the lonely little girl, but the rejection always cut deep.

DETERMINED
When Penny turns sixteen and tragedy strikes, Lorna's cousin Maureen, a feisty ex-stripper from London, strides into her life. Penny determines to make her own way in the world and, with Maureen, throws herself into a thrilling new life on the grimy streets of Soho. She makes new friends, but can't avoid crossing the paths of some very dangerous men.

DANGER
In this seedy world of dancing girls and gangsters Penny must grow up quickly, she must be brave, and she's forced to face the truth about some very dark secrets from her past.

`A moving tale of love, hope and family...full of drama and heartache.' Closer

Kitty Neale was raised in South London and this working class area became the inspiration for her novels. In the 1980s she moved to Surrey with her husband and two children, but in 1998 there was a catalyst in her life when her son died, aged just 27.

After working for 2 years with other bereaved parents in a support group, Kitty took up writing as a form of catharsis, and now lives in Spain with her husband.

GOR005325492
Abandoned Child by Kitty Neale
Kitty Neale
Used - Very Good
Paperback
HarperCollins Publishers
2013-11-25
400
1847562450
9781847562456
N/A
Book picture is for illustrative purposes only, actual binding, cover or edition may vary.
The book has been read but remains in clean condition. All pages are intact and the cover is intact. Some minor wear to the spine.