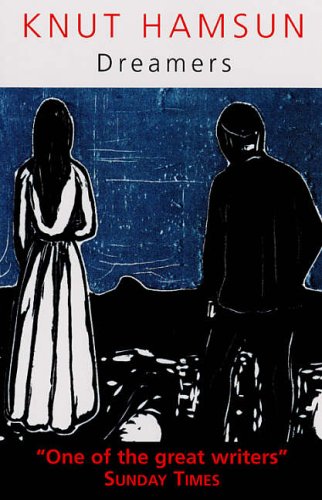 Used Price
$17.99
inc. GST
Free Shipping in Australia
One of the lightest and most humorous of Hamsun's works, this short novel takes us into his favourite world of the small, isolated fishing villages of northern Norway.
Reviews:
Trustpilot
Very Good

Ove Rolandsen, the telegraph operator in an isolated fishing village in northern Norway, is a man of sudden passions, a cheerful rogue fond of girls and alcohol. He constantly hatches ambitious schemes to the despair of his fiancee, Marie, housekeeper at the vicarage. When a plan to manufacture glue from fish waste lands him in trouble, is his feckless career over or could fortune, for once, be on his side? Knut Hamsun is recognised as one of the greatest literary figures of the twentieth century. He was awarded the Nobel Prize for Literature in 1920 for Growth of the Soil.

"A rare understanding of human nature comes through, expressed in a measured, elegiac and lyrical prose." -- Sunday Telegraph * . *
"One of the great writers of this century... Hamsun's novels have the simplicity of total self-possession." -- Sunday Times * . *

Born in 1859, Knut Hamsun's early works were forceful and polemic before he became more compassionate in his later work, drawing inspiration from the country people of his native Norway. He was awarded the Nobel Prize for Literature in 1920 for Growth of the Soil. He has been recognised as one of the greatest literary figures of the twentieth century.

GOR001330651
Dreamers by Knut Hamsun
Knut Hamsun
Used - Very Good
Paperback
Souvenir Press Ltd
1995-04-27
112
0285632418
9780285632417
N/A
Book picture is for illustrative purposes only, actual binding, cover or edition may vary.
This is a used book - there is no escaping the fact it has been read by someone else and it will show signs of wear and previous use. Overall we expect it to be in very good condition, but if you are not entirely satisfied please get in touch with us.