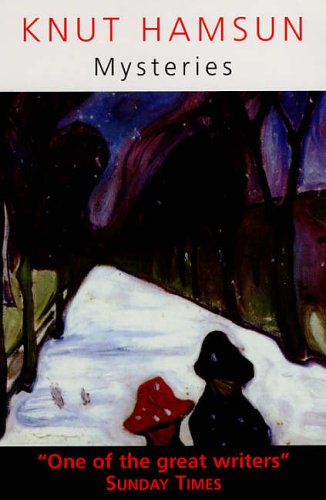 Used Price
$21.49
inc. GST
Free Shipping in Australia
Described as one of the half-dozen truly great novels of the 20th century, Mysteries focuses on a strange young man who arrives to spend the summer in a small Norwegian coastal town. His curse brings trouble for the residents.
Reviews:
Trustpilot
Very Good Good

Mysteries is a classic of European literature, one of the seminal novels of the twentieth century. It is the story of Johan Nagel, a strange young man who arrives to spend a summer in a small Norwegian coastal town. His presence acts as a catalyst for the hidden impulses, concealed thoughts and darker instincts of the local people. Cursed with the ability to understand the human soul, especially his own, Nagel can foresee, but cannot prevent, his own self-destruction.

Mysteries is closer to me than any other book I've read. -- Henry Miller * . *
Hamsun has the qualities that belong to the very great, the completest omniscience about human nature. * . *
A rare understanding of human nature comes through, expressed in a measured, elegiac and lyrical prose. -- Sunday Telegraph * . *
Hamsun is one of the great writers of this century - his nearest British equivalent being I suspect Thomas Hardy. Hamsun's novels have the simplicity of total self-possession, of the clearest possible understanding of the human world... a unique beauty of expression. -- Sunday Times * . *
The most outstanding Norwegian writer since Ibsen. -- Times Literary Supplement * . *
I read these novels with the gently expanding recognition due only to the great writers. -- Doris Lessing * The Independent *

Born in 1859, Knut Hamsun's early works were forceful and polemic. In his later work, he became more compassionate, drawing inspiration from the country people of his native Norway. He was awarded the Nobel Prize for Literature in 1920 for Growth of the Soil. He has been recognised as one of the greatest literary figures of the twentieth century.

GOR001242507
Mysteries by Knut Hamsun
Knut Hamsun
Used - Very Good
Paperback
Profile Books Ltd
2011-03-01
352
0285647296
9780285647299
N/A
Book picture is for illustrative purposes only, actual binding, cover or edition may vary.
This is a used book - there is no escaping the fact it has been read by someone else and it will show signs of wear and previous use. Overall we expect it to be in very good condition, but if you are not entirely satisfied please get in touch with us.