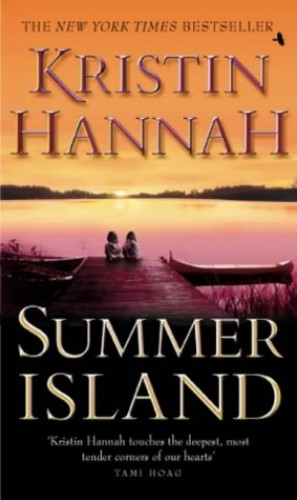 Out of Stock
$24.99
inc. GST
When talk-show host Nora is injured in an accident, a glossy magazine offers Ruby a fortune to write a tell-all about her mother. Under false pretences, Ruby returns home to take care of the woman she hasn't spoken to for almost a decade. Nora insists they retreat to Summer Island in the San Juans.
Well Read
Only 0 left

Years ago, Nora Bridge walked out on her marriage and left her daughters behind. She has since become a famous radio talk-show host and newspaper columnist beloved for her moral advice. Her youngest daughter, Ruby, is a struggling comedienne who uses her famous mother as fuel for her bitter, cynical humour. When the tabloids unearth a scandalous secret from Nora's past, their estrangement suddenly becomes dramatic: Nora is injured in an accident and a glossy magazine offers Ruby a fortune to write a tell-all about her mother. Under false pretenses, Ruby returns home to take care of the woman she hasn't spoken to for almost a decade. Nora insist they retreat to Summer Island in the San Juans, to the lovely old house on the water where Ruby grew up, a place filled with childhood memories of love and joy and belonging. There Ruby is also reunited with her first love and his brother. Once, the three of them had been best friends, inseparable. Until the summer that Nora left and everyone's hearts had been broken...What began as an expose evolves, as Ruby writes, into an exploration of her family's past. Nora is not the woman Ruby has hated all these years. Witty, wise, and vulnerable, she is desperate to reconcile with her daughter. As the magazine deadline draws near and Ruby finishes what has begun to seem to her an act of brutal betrayal, she is forced to grow up and at last to look at her mother - and herself - through the eyes of a woman. And she must, finally allow herself to love.

"KRISTIN HANNAH IS A GIFTED AUTHOR WHO KNOWS THE MOST SECRET, TENDER PARTS OF THE HUMAN HEART AND SOUL. . . . [She] shows us the potential and the power of love."
--TAMI HOAG

"A FASCINATING STORY OF LOVE, HEALING, FORGIVENESS, AND RENEWAL . . . Certain to strike a chord in the hearts of mothers and daughters everywhere."
--"Tulsa World

""MANY A DAUGHTER WILL SEE SOMETHING OF HERSELF IN RUBY."
--"People
"


"From the Paperback edition."

Kristin Hannah practiced law in Seattle before becoming a full-time writer. She has won numerous romance writer's awards including the Golden Heart, the Maggie and 1996 National Reader's Choice. Her novels are the international bestseller ON MYSTIC LAKE, ANGEL FALLS and SUMMER ISLAND. She lives with her husband and son in the Pacific Northwest.

GOR001855191
Summer Island by Kristin Hannah
Kristin Hannah
Used - Well Read
Paperback
Transworld Publishers Ltd
2001-10-05
448
055381396X
9780553813968
N/A
Book picture is for illustrative purposes only, actual binding, cover or edition may vary.
This is a used book - there is no escaping the fact it has been read by someone else and it will show signs of wear and previous use. Overall we expect it to be in very good condition, but if you are not entirely satisfied please get in touch with us.