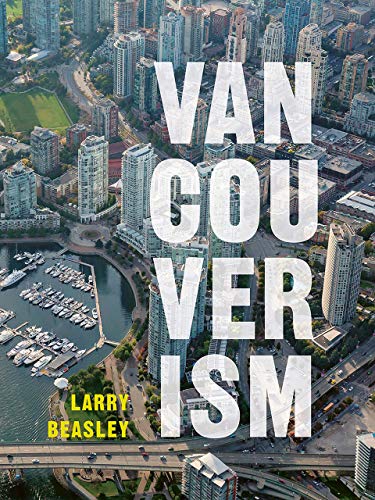 Used Price
$73.99
inc. GST
Free Shipping in Australia
This is the remarkable story, told by a key insider, about Vancouver's dramatic transformation from a typical mid-sized North American city into an inspiring world-class metropolis celebrated for its liveability, sustainability, and vibrancy.
Reviews:
Trustpilot
Very Good

Until the 1980s, Vancouver was a typical mid-sized North American city. But after the city hosted Expo 86, something extraordinary happened. This otherwise unremarkable urban centre was transformed into an inspiring world-class city celebrated for its livability, sustainability, and competitiveness. This book tells the story of the urban planning phenomenon called "Vancouverism" and the philosophy and practice behind it. Writing from an insider's perspective, Larry Beasley, a former chief planner of Vancouver, traces the principles that inspired Vancouverism and the policy framework developed to implement it. A prologue, written by Frances Bula, outlines the political and urban history of Vancouver up until the 1980s. The text is also beautifully illustrated by the author with 200 colour photographs depicting not only the city's vibrancy but also the principles of Vancouverism in action.

Beasley's book is a captain's log that will sit nicely alongside other books on city building in Vancouver.

...this will be the definitive insider's account of the creation of Vancouver's famous skyline, its downtown neighbourhoods and its mix of natural beauty and urbanism.

...an insider's view of how, especially during Beasley's decades inside city hall, the Terminal City came to be an internationally renowned exemplar of livable, family-friendly urban neighbourhoods.

-- Alex Bozikovic * Globe and Mail *
Overall, this book is a fantastic look at the history of how a city came to be. -- Jenna Collingnon * Western Exteriors Magazine *

Larry Beasley is the Distinguished Practice Professor of Planning at the University of British Columbia and the founding principal of Beasley and Associates, an international planning and urban design consultancy. He sits on the boards of TransLink (British Columbia's integrated transportation agency), the National Capital Commission in Ottawa, and the Canadian Urban Institute. He is a registered professional planner in Canada and the retired co-chief planner for the City of Vancouver.

After more than thirty years of civic service, fifteen as co-chief planner, where he led Vancouver's modern transformation into a world model for sustainable and livable cities, Larry Beasley now teaches and advises on urbanism around the world. Key appointments have included: special advisor on city planning to the Government of Abu Dhabi, UAE, where he founded the Urban Planning Council, one of the most progressive planning agencies in the Middle East; senior advisor on urban design in Dallas, Texas, where he founded their Urban Design Studio; member of the International Economic Development Advisory Board of Rotterdam, The Netherlands; chair of the NCC's Advisory Committee on Planning, Design and Realty; urban advisor to Nordic Innovations in Scandinavia; planning advisor in Vancouver, BC, as well as Toronto and Brampton, Ontario; and, vice-president of Aquilini Developments, a major Canadian development company. Beasley has also had key involvement in new capital cities around the world, including Abu Dhabi (leading design of the new capital), Moscow (leading design of expansion of the city with a new capital district for the Duma and national government), and Canberra (advising on diversification of the inner city).

Larry Beasley is a Member of the Order of Canada and has received the Queen Elizabeth II Diamond Jubilee Medal. He is the author, with Jonathan Barnett, of Ecodesign for Cities and Suburbs (2015).

Frances Bula is an award-winning journalist who has written about Vancouver city politics and urban issues for a quarter century, covering the "City Hall Beat" on everything from development to drug policy. Her work appears predominantly in the Globe and Mail, as well as in Vancouver magazine and BCBusiness.

2 A Unique Context for Urban Innovation

3 Counter-Intuitive Perspectives for Shaping a City

Part 3: The Future of Vancouverism

GOR011102151
Vancouverism by Larry Beasley
Larry Beasley
Used - Very Good
Paperback
University of British Columbia Press
2019-05-15
424
0774890312
9780774890311
N/A
Book picture is for illustrative purposes only, actual binding, cover or edition may vary.
This is a used book - there is no escaping the fact it has been read by someone else and it will show signs of wear and previous use. Overall we expect it to be in very good condition, but if you are not entirely satisfied please get in touch with us.