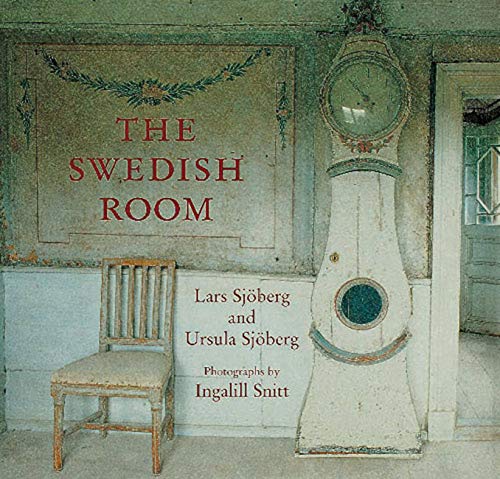 The Swedish Room by Lars Sjoberg

The Swedish Room is both a source of original, practical decorative ideas as well as an irresistible voyage of discovery through some of the world's most appealing interiors.

The Swedish Room by Lars Sjoberg

Each picture in this book could stand alone as a work of art - a testament to Sweden's innate sense of style. Period by period, house by house, breathtaking images and elegantly authoritative text focus on those special features of the traditional Swedish room that have made it one of the major influences on decorating today.

Every room is inviting, whether it is a royal guest room, an artistocratic boudoir, or a farmer's kitchen. Every detail is enchanting, from the simple checks and stripes of the fabrics to the way they adorn window frames and form bed canopies, from the elegant outlines of a Gustavian chair to the gleaming titles of the ceramic stoves. The pale distressed colours and light-suffused interiors of the manor houses contrast with the rich claret red wooden exteriors and glowing, ingenuous wall paintings of the farmhouses.

The authors trace the development of this quintessentially Swedish style from its antecedents in the seventeenth century through its heyday in the later eighteenth and early nineteenth centuries, to its followers today. The photographs include detailed close-ups with explanatory captions, so that The Swedish Room is both a source of original, practical decorative ideas as well as an irresistible voyage of discovery through some of the world's most appealing interiors.
Ingalill Snitt specializes in architecture and interior design photography, and also directs television commercials. Her books of photography include Splendore di Sicilia, Swedish - Light, Shape, Architecture, Living in Norway and two with Lars Sjoberg: The Swedish Room and The Swedish House. Her work is regularly featured in magazines including Elle, Marie Claire, Architectural Digest and The World of Interiors.

Lars Sjoeberg had a 36-year career at the National Museum in Sweden, and for many of those years he was Senior Curator in the Department of the Royal Castles Collections. During that time he worked on the exhibitions Empire Style, Thought and Form in Rococo and The Sun and the Polar Star (Stockholm and Paris). Since 1990 he has been a consultant on reproduction 18th-century furniture for the National Board of Antiquities and IKEA. He is the author of over fifteen books, including The Swedish Room.

Ursula Sjoeberg, who is married to Lars Sjoeberg, is a writer and an art historian who specializes in Swedish architecture and interior design of the late eighteenth- and early nineteenth-centuries. She is a curator of fine art at Bukowski's auction house in Stockholm.

GOR001515774
9780711209152
0711209154
The Swedish Room by Lars Sjoberg
Lars Sjoberg
Used - Very Good
Hardback
Frances Lincoln Publishers Ltd
1994-09-22
192
N/A
Book picture is for illustrative purposes only, actual binding, cover or edition may vary.
This is a used book - there is no escaping the fact it has been read by someone else and it will show signs of wear and previous use. Overall we expect it to be in very good condition, but if you are not entirely satisfied please get in touch with us
Trustpilot