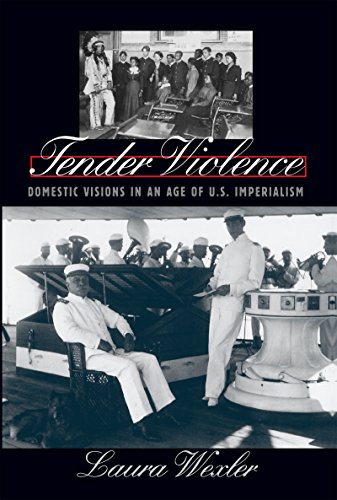 Out of Stock
$51.99
inc. GST
Analyzes how American female photographers contributed to a ""doctrine vision"", reinforcing the imperialism and racism of the dawn of the 20th century. This study is relevant to the fields of history of photography and gender studies, and to a growing understanding of US imperialism at the time.
Very Good
Only 0 left

Tender Violence: Domestic Visions in an Age of U.S. Imperialism by Laura Wexler

Laura Wexler presents an incisive analysis of how the first American female photojournalists contributed to a ""doctrine vision"" that reinforced the imperialism and racism of America around the dawn of the 20th century. These women photographers, white and middle class, constructed images of war disguised as peace through a mechanism Wexler calls the ""averted eye"", which had its origins in the private domain of family photography. Wexler examines the work of Frances Benjamin Johnston, Gertrude Kasebier, Alice Austen, the Gerhard sisters and Jessie Tarbox Beals. The book includes over 150 photographs taken between 1898 and 1904, such as photos Johnston took aboard Admiral Dewey's flagship as it returned home from conquering Manila, Austen's photos of immigrants at Ellis Island, and Beal's images of the St Louis World's Fair of 1904. In a groundbreaking approach to the study of photography, Wexler raises up these images as ""texts"" to be analyzed alongside other texts of the period for what they say about the discourses of power. This study is relevant not only to the fields of history of photography and gender studies, but also to our growing understanding of US imperialism during this period.

A politically sophisticated analysis of photographs as portrayal and betrayal.

A rigorous and outstanding examination of gender as a key contributor to specific visual outcomes. . . . A most welcome addition.

This book is a true landmark in the field of American studies.

Wexler offers a groundbreaking account of how some of America's first women photojournalists became complicit with America's imperialistic project.

Laura Wexler is professor of American studies and women's, gender, and sexuality studies at Yale University.

GOR010439754
Tender Violence: Domestic Visions in an Age of U.S. Imperialism by Laura Wexler
Laura Wexler
Cultural Studies of the United States
Used - Very Good
Paperback
The University of North Carolina Press
2000-11-30
384
0807848832
9780807848838
N/A
Book picture is for illustrative purposes only, actual binding, cover or edition may vary.
This is a used book - there is no escaping the fact it has been read by someone else and it will show signs of wear and previous use. Overall we expect it to be in very good condition, but if you are not entirely satisfied please get in touch with us.