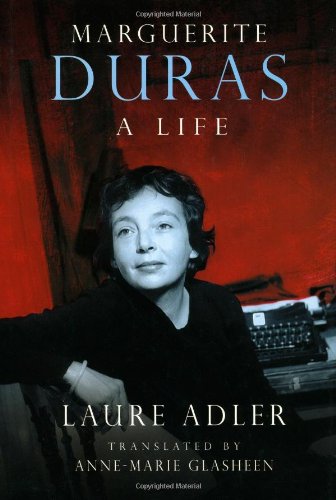 Out of Stock
$63.99
inc. GST
The author, through her exploration of the events central to Duras' career, including her affair with and eventual denunciation of a Nazi collaborator and her childhood in Indochina, reveals Duras as the consummate pragmatist.
Very Good
Only 0 left

When Marguerite Duras was published in France in 1998, it reached the top of the bestseller lists immediately, and Duras, who had led an unapologetically controversial life, was propelled once again into the headlines. The author of The Lover, Hiroshima Mon Amour, and The War: A Memoir, Duras has long been a symbol of France's complex role in World War II and the country's troubled colonial relations in Asia, as well as a fascinating embodiment of the tensions between autobiography and fiction. Now available in English, Marguerite Duras confronts the truths and falsehoods in the life of the enigmatic author.

Adler, through her exploration of the events central to Duras's career, including her affair with and eventual denunciation of a Nazi collaborator and her childhood in Indochina, reveals Duras as the consummate pragmatist. She has combed through archives, unearthed letters, studied unpublished manuscripts, and interviewed scores of Duras's friends, lovers, enemies, and colleagues--as well as Duras herself--and she emerges with the richest portrait we have of Duras's life: her upbringing, her student days at the Sorbonne, her career as a novelist and filmmaker, and her involvement in French politics through the most complex decades of the twentieth century. "The masks and the truth" was the headline of a French review of Marguerite Duras, and Adler explores both, probing the line between fiction and selfhood and between political activities and personal responsibility.

Laure Adler is a historian and journalist who served as a cultural adviser to the Office of the French Presidency from 1989 to 1992. She is the author of numerous books, including L'amour l'arsenic: histoirede Marie Lafarge, Les femmes politiques, and L'ann e des adieux.

Anne-Marie Glasheen's translations include two collections of plays by contemporary playwrights and seveal novel, most notably Oedipus on the Road by Henry Bauchau. She is a past Chair of the Translators Association, and in 1998 she was awarded the literary translation prize by the Communaut fran aise de Belgique.

GOR010227656
Marguerite Duras: A Life by Laure Adler
Laure Adler
Used - Very Good
Hardback
The University of Chicago Press
2001-01-04
540
0226007588
9780226007588
N/A
Book picture is for illustrative purposes only, actual binding, cover or edition may vary.
This is a used book - there is no escaping the fact it has been read by someone else and it will show signs of wear and previous use. Overall we expect it to be in very good condition, but if you are not entirely satisfied please get in touch with us.