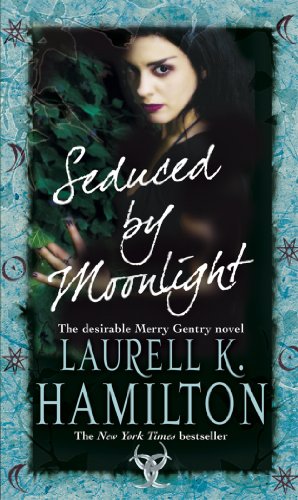 In Stock
$11.49
+10% GST
My guards know this ancient relic well - its disappearance so many ages ago stripped them of their vital powers.This is the world of Meredith Gentry, a twilight world of gods, shapeshifters and immortal souls, a world full of sensuality, wild magic, treacherous deceits and latent powers about to be unleashed...
Very Good
6 in stock

To some I am Meredith Gentry, P.I. To others I am Princess Merry, heir to the throne of Faerie. And there are those who whisper that I am both of these and more. My aunt, the Queen of Air and Darkness, no long distracted by her sadistic pastimes, now focusses unwaveringly on me. I spend each night with my immortal guards, but still no child has come of our decadent pleasures. But something IS happening to me. I appear to have awakened a force that's lain dormant for thousands of years and I haven't the damndest idea how or why... It all began with the chalice. I dreamed it, and there it was - cool and hard - when I awoke. My guards know this ancient relic well - its disappearance so many ages ago stripped them of their vital powers. And here it is with us now. My touch resonates with its force. A strange, dazzling magic now courses through my half-mortal half-Sidhe body. But while my guards cherish me for this unexpected gift, there are those who loathe me for it and would rather the Unseelie court suffer than have it ruled over by me, a mongrel queen. My enemies grow in number every day. If only they knew what I am capable of. But come to that, if only I did too. This is the world of Meredith Gentry, a twilight world of gods, shapeshifters and immortal souls, a world full of sensuality, wild magic, treacherous deceits and latent powers about to be unleashed...

GOR001404930
Seduced By Moonlight: (Merry Gentry 3) by Laurell K. Hamilton
Laurell K. Hamilton
Merry Gentry
Used - Very Good
Paperback
Transworld Publishers Ltd
2005-01-14
512
0553816322
9780553816327
N/A
Book picture is for illustrative purposes only, actual binding, cover or edition may vary.
This is a used book - there is no escaping the fact it has been read by someone else and it will show signs of wear and previous use. Overall we expect it to be in very good condition, but if you are not entirely satisfied please get in touch with us.