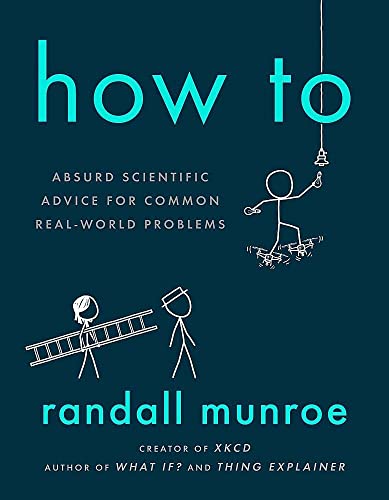 Einstein's Unfinished Revolution: The Search for What Lies Beyond the Quantum by Lee Smolin

Human beings, says Lee Smolin, author of The Trouble With Physics, have always had a problem with the boundary between reality and fantasy, confusing our representations of the world with the world itself. Nowhere is this more evident than in quantum physics, which forms the basis for our understanding of everything from elementary particles to the behaviour of materials.

While quantum mechanics is currently our best theory of nature at an atomic scale, it has many puzzling qualities - qualities that preclude realism and therefore give an incomplete description of nature. Rather than question this version of quantum mechanics, however, whole groups of physicists have embraced it as correct and rejected realism. Subscribing to a kind of magical thinking, they believe that what is real is far beyond the world we perceive: indeed, that the 'true' world is hidden from our perception.

Back in the 1920s Einstein, both a realist and a physicist, believed that it was necessary to go beyond quantum mechanics to discover what was missing from a true theory of the atoms. This was Einstein's unfinished mission, and it is Lee Smolin's too.

Not only will this new model of quantum physics form the basis of solutions to many of the outstanding problems of physics, but, crucially, it is a theory that is realist in nature. At a time when science is under attack, and with it the belief in a real world in which facts are either true or false, never has the importance of building science on the correct foundations been more urgent.

A masterful exposition on the state of quantum physics ... spellbinding * Financial Times *
Quantum mechanics is perhaps the most successful theory ever formulated. The only problem with it, argues Lee Smolin, is that it is wrong. He attempts to examine other options for a theory of the atomic world ... a fount of provocative ideas ... lucid, upbeat and, finally, optimistic * Nature *
An inventive and provocative thinker, as well as an engaging writer ... lucid, searingly honest, impassioned, inspiring * Physics World *
Full of extraordinary ideas ... a new theory of everything ... Smolin's promised solution, when it comes, is just comprehensible enough for us to see that it's beautiful * The Times *
A superb and sweeping book ... masterful
As the latest entry into the conversation, Smolin's book feels the most immediate and personal. Here is no detached narrator, but an active participant in the fray who perceives the debate over the nature of reality in personal terms. . . While the way forward remains elusive, Smolin and others who seek to illuminate how physics got to where it is today are at least making the quest for answers a bit less costly * Globe and Mail *
Smolin is an extremely creative thinker who has been a leader in theoretical physics for many years. He is also a gifted writer who manages to translate his own insights about how science works into engaging language and compelling stories . . . Smolin's description of how quantum mechanics works is both elegant and accessible * NPR *
The best explanation yet of what has yet to be explained. -- George Dyson, author of Turing's Cathedral
Lee Smolin is a theoretical physicist who has made important contributions to the search for quantum gravity. Born in New York City, he was educated at Hampshire College and Harvard University. Since 2001 he has been a founding faculty member at Perimeter Institute for Theoretical Physics. His books explore philosophical issues raised by contemporary physics and cosmology. They include Life of the Cosmos, Three Roads to Quantum Gravity, The Trouble with Physics and Time Reborn. He lives in Toronto.
GOR009744075
Einstein's Unfinished Revolution: The Search for What Lies Beyond the Quantum by Lee Smolin
Lee Smolin
Used - Like New
Hardback
Penguin Books Ltd
2019-04-09
352
0241004489
9780241004487
N/A
Book picture is for illustrative purposes only, actual binding, cover or edition may vary.
The book has been read, but looks new. The book cover has no visible wear, and the dust jacket is included if applicable. No missing or damaged pages, no tears, possible very minimal creasing, no underlining or highlighting of text, and no writing in the margins
Trustpilot