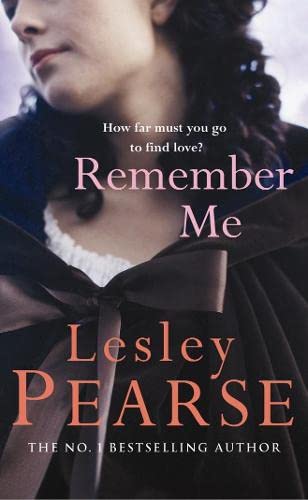 Remember Me
by Lesley Pearse

In Stock
$13.49
inc. GST
In 1786 a fisherman's daughter from Cornwall called Mary Broad was sentenced to be hung for theft. But her sentence was commuted, and she was transported to Australia, one of the first convicts to arrive there. Based on a true story, this is the tale of one woman's struggle over adversity.
Very Good Good
21 in stock

Remember Me by Lesley Pearse

The Queen of Storytellers is back - with a triumphant tale of one woman's struggle over adversity.

In 1786 a fisherman's daughter from Cornwall called Mary Broad was sentenced to be hung for theft. But her sentence was commuted, and she was transported to Australia, one of the first convicts to arrive there.

How Mary escaped the harsh existence of the colony and found true love, and how she was captured and taken back to London in chains, only to be released after a trial where she was defended by no less than James Boswell, is one of the most gripping and moving stories of human endeavour (based on an amazing true story) you will ever read.

Based on a true story, Remember Me brings Mary Broad vividly to life in this moving story of a woman triumphing against overwhelming odds.

She made one mistake, and now she'll never see home again . . .

* from the publisher's description *

Lesley Pearse was told as a child that she had too much imagination for her own good. When she grew up she worked her way through a number of jobs, including nanny, bunny girl, dressmaker and full-time mother, before, at the age of forty-nine, settling upon a career that would allow her gifts to blossom: she became a published writer. Lesley lives in Devon and has three daughters and three grandchildren.

Find out more about Lesley and keep up to date with what she's been doing:

GOR000526792
Remember Me by Lesley Pearse
Lesley Pearse
Used - Very Good
Paperback
Penguin Books Ltd
2003-09-01
560
0141006498
9780141006499
N/A
Book picture is for illustrative purposes only, actual binding, cover or edition may vary.
This is a used book - there is no escaping the fact it has been read by someone else and it will show signs of wear and previous use. Overall we expect it to be in very good condition, but if you are not entirely satisfied please get in touch with us.