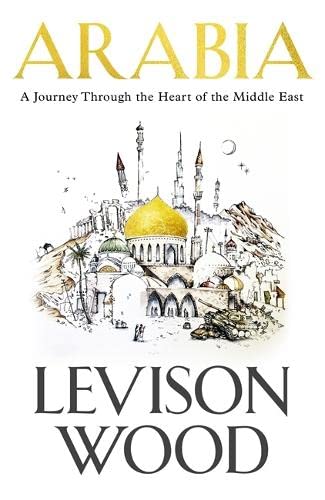 Arabia: A Journey Through The Heart of the Middle East by Levison Wood

Shortlisted for the 2019 Edward Stanford Award


'[A] rollicking Boys' Own adventure' - Spectator

Following in the footsteps of Lawrence of Arabia and Wilfred Thesiger, Arabia is an insight into Levison Wood's most complex and daring expedition yet: an epic and unprecedented 5000-mile journey through 13 countries, circumnavigating the Arabian Peninsula.

Honest, reflective and poignant, Arabia is a historical, religious and spiritual journey, through some of the harshest and most beautiful environments on Earth. Exploring the Middle East through the lives, hearts and hopes of its people, Levison Wood challenges the perceptions of an often misunderstood part of the world, seeing how the region has changed and examining the stories we don't often hear about in the media.

Levison Wood's account of his journey round the Middle East during the winter of 2017 gives a vivid picture of this ancient and beautiful but sad, war-torn and misunderstood region. * Country and Town House *
[A] rollicking Boys' Own adventure * Spectator *
Arabia reveals a much more humane and complex picture than that offered to us by our disaster-fixed TV broadcasts * Countryfile Magazine *

GOR009498534
Arabia: A Journey Through The Heart of the Middle East by Levison Wood
Levison Wood
Used - Very Good
Hardback
Hodder & Stoughton
2018-11-01
368
1473676339
9781473676336
N/A
Book picture is for illustrative purposes only, actual binding, cover or edition may vary.
This is a used book - there is no escaping the fact it has been read by someone else and it will show signs of wear and previous use. Overall we expect it to be in very good condition, but if you are not entirely satisfied please get in touch with us.