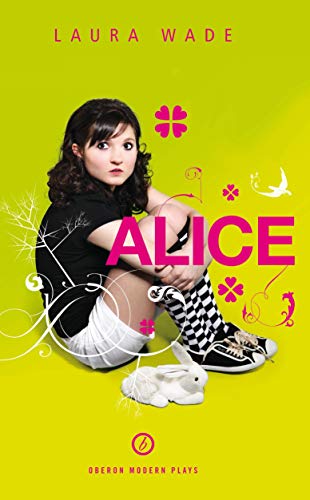 The White Rabbit is late for the Duchess. The Cheshire Cat won't stop grinning. And the Hatter is, well, mad. In the middle of it all is Alice, a young girl with a vivid imagination and a family life that's less than perfect. In this new adaptation by renowned playwright and Sheffield native, Laura Wade, you can follow Alice as she escapes her bedroom to find adventure in a topsy-turvy world. Based on Lewis Carroll's classic tale, Wade's adaptation breathes fresh life into a much-loved story about rabbit holes, pocket watches and talking caterpillars.

GOR004996103
Alice by Lewis Carroll
Lewis Carroll
Oberon Modern Plays
Used - Very Good
Paperback
Bloomsbury Publishing PLC
2010-06-17
96
1849430675
9781849430678
N/A
Book picture is for illustrative purposes only, actual binding, cover or edition may vary.
This is a used book - there is no escaping the fact it has been read by someone else and it will show signs of wear and previous use. Overall we expect it to be in very good condition, but if you are not entirely satisfied please get in touch with us.