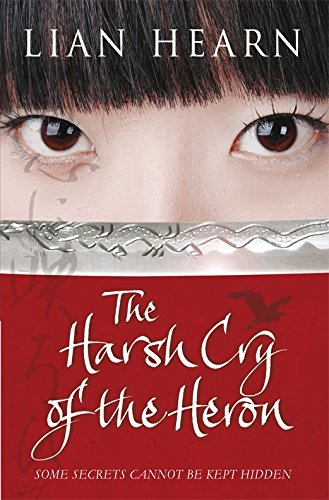 The Harsh Cry of the Heron
by Lian Hearn

In Stock
$11.49
+10% GST
An outstandingly beautiful and haunting sequel to the Tales of the Otori
Very Good
Only 1 left

The Harsh Cry of the Heron Summary

The Harsh Cry of the Heron by Lian Hearn

`Their realm is held in balance by their union . . . Break that union and the Three Countries will fall apart.'

Otori Takeo and Kaede have ruled the Three Countries peacefully for over sixteen years, following the events laid out in the epic Tales of the Otori. They have three daughters: Shigeko, fifteen years old and heir to the Otori, and Maya and Miki, thirteen-year-old twins who have inherited the supernatural skills of their father. Kaede knows nothing of the prophecy that Takeo will die at the hands of his son and longs to give him a male child. Nor does she know of the boy he fathered sixteen years ago - a boy whose heart is filled with hatred and whose skills as a Ghostmaster give him the power to incite the dead.

Takeo is determined that clan conflicts will never again ravage the Three Countries, but warriors are born to fight: the warlord Arai Zenko has deadly ambitions, the Emperor himself has challenged Takeo's rule and, despite a delicate truce between the deadly Tribe and the Otori, revenge still eats at the heart of renegade leader Kikuta Akio . . .

Against these gathering threats Takeo draws strength from his love for Kaede, but even this is not beyond the reach of their enemies . . .

Lian Hearn studied modern languages at Oxford University and worked as a film critic and arts editor in London before settling in Australia. A lifelong interest in Japan led to the study of the Japanese language, many trips to Japan, and culminated in the writing of the Tales of the Otori.

GOR001642417
The Harsh Cry of the Heron by Lian Hearn
Lian Hearn
Used - Very Good
Paperback
Pan Macmillan
2007-06-01
640
0330449613
9780330449618
N/A
Book picture is for illustrative purposes only, actual binding, cover or edition may vary.
This is a used book - there is no escaping the fact it has been read by someone else and it will show signs of wear and previous use. Overall we expect it to be in very good condition, but if you are not entirely satisfied please get in touch with us.