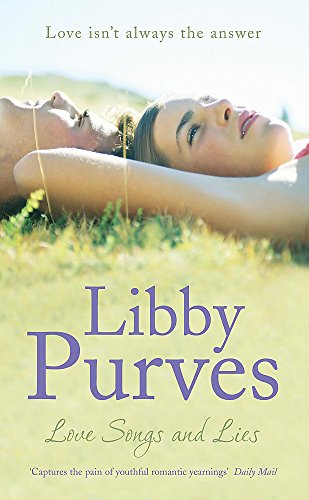 In Stock
$14.99
inc. GST
A story about coming of age in 1970s Oxford. Politics and the Pill. Pot and poetry. Glamrock and groupies. The way we were. Love isn't always the answer.
Very Good Good
Only 4 left

Sally - our narrator - idolises Max, who is something of an homme fatale. But it is Max's wayward rock singer brother, Marty, who is to play the most important role in her life, when one of his songs (for which she provided the lyrics) becomes an unexpected hit.

Although their paths diverge once they leave Oxford, Sally stays in touch with all the housemates and their lives remain interwoven throughout the momentous second half of the twentieth century.

'A bouncy and enlightening read' * Good Housekeeping *
'The story is cleverly and compellingly told, full of perceptive insights and reflections, the Seventies period details are squirmingly familiar, the influence of Eng. Lit on a developing emotional consciousness is sensitively woven in, the parallel lives of students then and now are neatly drawn' * Spectator *
'Purves is a fine writer and the slow pace at the start of the novel proves well pitched to heighten the rising tension of the story' * She *
'Purves is good on modern morality, its subtle seductions and its potential to disrupt' * Saga *

Libby Purves is a writer and also a broadcaster who has presented the talk programme Midweek on Radio 4 since 1984 and formerly presented Today. She is a main columnist on the Times and in 1999 was named the Granada "What the Papers Say" Columnist of the Year, and awarded a O.B.E for services to journalism. She lives in Suffolk with her husband the broadcaster and writer Paul Heiney.

GOR000369303
Love Songs and Lies by Libby Purves
Libby Purves
Used - Very Good
Paperback
Hodder & Stoughton General Division
2007-06-14
400
0340837403
9780340837405
N/A
Book picture is for illustrative purposes only, actual binding, cover or edition may vary.
This is a used book - there is no escaping the fact it has been read by someone else and it will show signs of wear and previous use. Overall we expect it to be in very good condition, but if you are not entirely satisfied please get in touch with us.