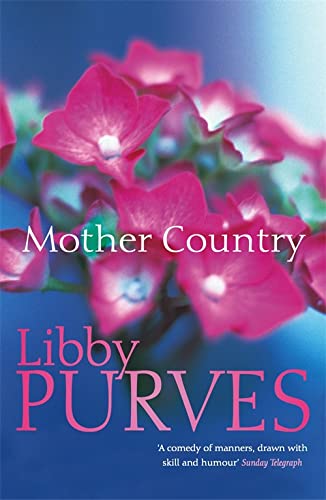 Even her closest friend agreed that Shark Grayson wasn't fit to keep her baby. A heroin addict, living in a sordid London squat, she was already close to death when her American lover took charge of the situation by force, and carried off the baby Alexander to give him a loving home in the Mid-West and an affluent future. But now Alex is twenty-seven, orphaned again and afflicted by a sense of lost roots and a romantic vision of England. A business trip provides the chance to go and trace his unknown relatives. He finds friendship; encounters some startlingly predatory girls; and confronts mystery in the eccentric alternative health centre run by the austere Julia. He discovers that while some British people are very hard indeed to get along with, some turn out to be, after all, more closely akin to him than he could ever have imagined.

Purves's great skill is her ability to marry her cultural and historical insights with her characters' personal development - all wrapped up in a well-paced detective story. . . . Engrossing. * Joanna Hunter, The Times Play *
Amusing, wry and often thought-provoking . . . its greatest rewards are to be found in the subtle changes which occur in Alex and the people he encounters as he gets ever closer to discovering the truth. * Robert Colbeck, Yorkshire Evening Post *
A thoughtful and entertaining read. * Northern Echo *
contemporary and assured . . . There is a hint of Henry James in the lonely, bright and kindly young man from America * Jan Lee, Oxford Times *
For three-quarters of its course, the novel is pure late Shakespeare . . . A comedy of manners . . . drawn with skill and humour. * David Robson, Sunday Telegraph *
another satisfying novel * Spain (Edinburgh) *
A complex and compelling detective story . . . surprising but satisfying * Home & Country *
A beautifully written story, rich in evocative language and emotion. * Good Book Guide *
Compelling reading with an array of skilfully conceived characters * Tablet *

Libby Purves is a writer and also a broadcaster who has presented the talk programme Midweek on Radio 4 since 1984 and formerly presented Today. She is a main columnist on the Times and in 1999 was named the Granada "What the Papers Say" Columnist of the Year, and awarded a O.B.E for services to journalism. She lives in Suffolk with her husband the broadcaster and writer Paul Heiney.

GOR001904756
Mother Country by Libby Purves
Libby Purves
Used - Very Good
Paperback
Hodder & Stoughton General Division
2003-02-17
320
0340793910
9780340793916
N/A
Book picture is for illustrative purposes only, actual binding, cover or edition may vary.
This is a used book - there is no escaping the fact it has been read by someone else and it will show signs of wear and previous use. Overall we expect it to be in very good condition, but if you are not entirely satisfied please get in touch with us.