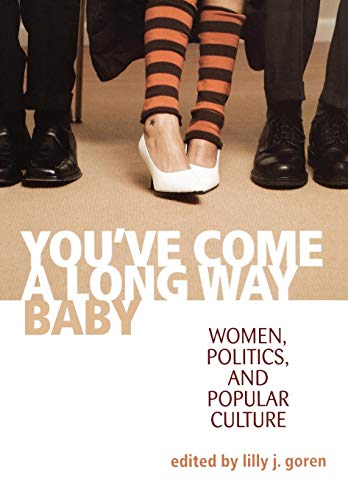 In Stock
$59.99
inc. GST
The first major work on the former president to appear in more than ten years, Gerald Ford and the Challenges of the 1970s combines the best of biography and economic, social, and presidential history to create an intriguing portrait of a president, his times, and his legacy.
Very Good
Only 1 left

History has not been kind to Gerald Ford. His name evokes an image of either America's only unelected president, who abruptly pardoned his corrupt predecessor, or an accident-prone man who failed to provide skilled leadership to a country in domestic turmoil. In Gerald Ford and the Challenges of the 1970s, historian Yanek Mieczkowski reexamines Ford's two and a half years in office, showing that his presidency successfully confronted the most vexing crises of the postwar era. Surveying the state of America in the 1970s, Mieczkowski focuses on the economic challenges facing the country. He argues that Ford's understanding of the national economy was better than that of any other modern president, that Ford oversaw a dramatic reduction of inflation, and that his attempts to solve the energy crisis were based in sound economic principles. Throughout his presidency, Ford labored under the legacy of Watergate. Democrats scored landslide victories in the 1974 midterm elections, and the president engaged with a spirited opposition Congress. Within an anemic Republican Party, the right wing challenged Ford's leadership, even as pundits predicted the death of the GOP. Yet Ford reinvigorated the party and fashioned a 1976 campaign strategy against Jimmy Carter that brought him from thirty points behind to a dead heat on election day. Mieczkowski draws on numerous personal interviews with the former president, cabinet officials, and members of the Ninety-fourth Congress. In his reassessment of this underrated president, Ford emerges as a skilled executive, an effective diplomat, and a leader with a clear vision for America's future. Working to heal a divided nation, Ford unified the GOP and laid the groundwork for the Republican resurgence in subsequent decades. The first major work on the former president to appear in more than ten years, Gerald Ford and the Challenges of the 1970s combines the best of biography and economic, social, and presidential history to create an intriguing portrait of a president, his times, and his legacy.

""You've Come a Long Way, Baby brings together a wide array of interesting essays that examine images of women and feminism in popular culture today. The volume makes a much-needed critical contribution to the developing literature of third-wave feminism." -- R. Claire Snyder, author of Gay Marriage and Democracy: Equality for All " --

""You've Come A Long Way, Baby shows us that feminist criticism can break down and understand texts with humor and insight -- and in that sense, we really have come a long way." -- Kenyon College Alumni Bulletin" --

""Some of the articles are down-to-earth, some are down-and-dirty. Some are matter-of-fact, others deliberately argumentative in tone. The book itself is a treasury." -- Lincoln County News" --

""Offers fresh insights into the role of feminism in America."-- Paintsville Herald" --

GOR009985838
You've Come A Long Way, Baby: Women, Politics, and Popular Culture by Lilly J. Goren
Lilly J. Goren
Used - Very Good
Hardback
The University Press of Kentucky
2009-04-15
300
0813125448
9780813125442
N/A
Book picture is for illustrative purposes only, actual binding, cover or edition may vary.
This is a used book - there is no escaping the fact it has been read by someone else and it will show signs of wear and previous use. Overall we expect it to be in very good condition, but if you are not entirely satisfied please get in touch with us.