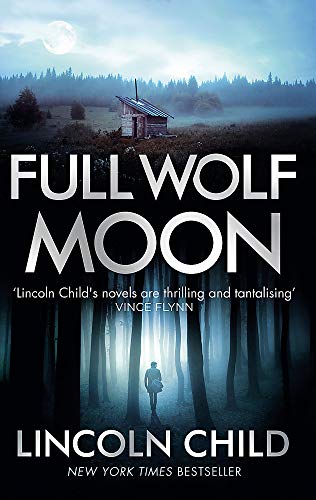 Used Price
$15.99
inc. GST
Free Shipping in Australia
The New York Times bestselling author of The Forgotten Room and Deep Storm is back with a new thriller that follows the trail of a killer who cannot exist . . . featuring Jeremy Logan, the renowned investigator of the supernatural and fantastic.
Very Good

Legends, no matter how outlandish, are often grounded in reality. This has been the guiding principle behind the exhilarating career of Jeremy Logan, the 'enigmalogist - an investigator who specializes in analyzing phenomena that have no obvious explanation - previously seen in The Forgotten Room, The Third Gate, and Deep Storm. Logan has often found himself in situations where keeping an open mind could mean the difference between life and death, and that has never been more true than now.

Logan travels to an isolated writers' retreat deep in the Adirondacks to finally work on his book when the remote community is rocked by the grisly discovery of a dead hiker on Desolation Mountain. The body has been severely mauled, but the unusual savagery of the bite and claw marks call into question the initial suspicions of a wild bear attack. When Logan is asked to help investigate, he discovers no shortage of suspects capable of such an attack - and no shortage of locals willing to point the finger and spread incredible rumors. One rumor, too impossible to believe, has even the forest ranger believing in werewolves. As Logan gets to know the remote deep-woods landscape, including a respected woman scientist still struggling with the violent loss of her father in these very woods, Logan realizes he's up against something he has never seen before.

His most action-packed and white-knuckled novel to date, Full Wolf Moon is the perfect combination of exotic locales, provocative science, and raw action that make for a deeply entertaining Lincoln Child blockbuster.

LINCOLN CHILD is the New York Times bestselling author of Terminal Freeze, Deep Storm, and Utopia, as well as co-author with Douglas Preston of numerous international bestsellers in their Pendergast and Gideon Crew series.

GOR009847248
Full Wolf Moon by Lincoln Child
Lincoln Child
Dr. Jeremy Logan
Used - Very Good
Paperback
Little, Brown Book Group
2019-04-04
256
1472153588
9781472153586
N/A
Book picture is for illustrative purposes only, actual binding, cover or edition may vary.
This is a used book - there is no escaping the fact it has been read by someone else and it will show signs of wear and previous use. Overall we expect it to be in very good condition, but if you are not entirely satisfied please get in touch with us.