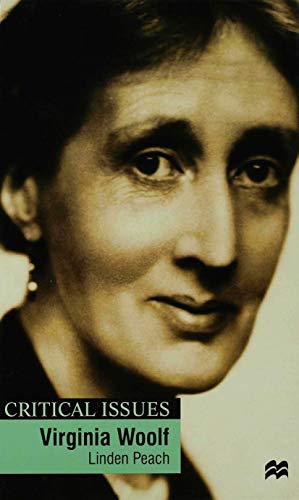 In Stock
$14.49
+10% GST
The cryptographic nature of Virginia Woolf's writings about politics and history are addressed here. Linden Peach argues that Woolf is a sophisticated political thinker, engaged by the coded nature of social "reality" and interrogating the cryptic meanings within public discourse.
Very Good
Only 1 left

Virginia Woolf has emerged from recent scholarship as a less inward-looking and other-worldly writer than she was depicted for more than half a century. However, this is the first book to address the cryptographic nature of her writings about politics and history. Approaching each of her novels in turn through theoretical frameworks provided by Michel Foucault, Mikhail Bakhtin and contemporary social theorists, Linden Peach argues that Woolf is a more sophisticated political thinker than has been commonly recognised, interested in historiography, engaged by the coded nature of social 'reality' and interrogating the cryptic meanings within public discourse.

LINDEN PEACH is Reader in English at Loughborough University. Apart from numerous articles on twentieth-century and particularly contemporary literature, he is the author of two recent critical studies: Toni Morrison (Macmillan, 1995) and Angela Carter (Macmillan, 1997).

GOR003622397
Virginia Woolf by Linden Peach
Linden Peach
Critical Issues
Used - Very Good
Paperback
Macmillan Education UK
2000-02-22
248
0333687310
9780333687314
N/A
Book picture is for illustrative purposes only, actual binding, cover or edition may vary.
This is a used book - there is no escaping the fact it has been read by someone else and it will show signs of wear and previous use. Overall we expect it to be in very good condition, but if you are not entirely satisfied please get in touch with us.