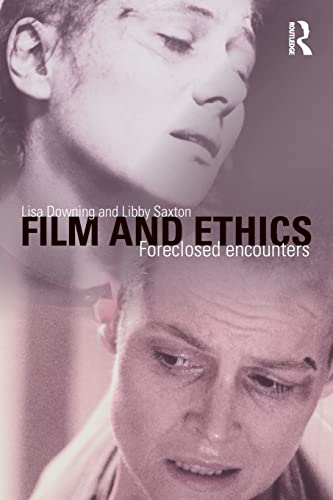 Film and Ethics
by Lisa Downing (University of Exeter, UK)

Lisa Downing is Professor of French Discourses of Sexuality at the University of Exeter. Her publications include Patrice Leconte (2004), From Perversion to Purity: The Stardom of Catherine Deneuve, ed. with Sue Harris (2007), and The Cambridge Introduction to Michel Foucault (2008). Libby Saxton is Lecturer in French and Film Studies at Queen Mary, University of London. She is author of Haunted Images: Film, Ethics, Testimony and the Holocaust (2008) and co-editor of Seeing Things: Vision, Perception and Interpretation in French Studies (2002).

GOR010753529
Film and Ethics: Foreclosed Encounters by Lisa Downing (University of Exeter, UK)
Lisa Downing (University of Exeter, UK)
Used - Very Good
Paperback
Taylor & Francis Ltd
2009-09-08
160
0415409276
9780415409278
N/A
Book picture is for illustrative purposes only, actual binding, cover or edition may vary.
This is a used book - there is no escaping the fact it has been read by someone else and it will show signs of wear and previous use. Overall we expect it to be in very good condition, but if you are not entirely satisfied please get in touch with us.