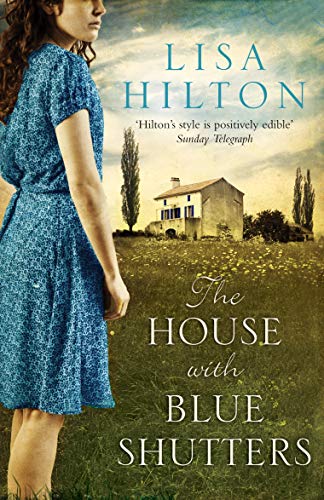 The House with Blue Shutters
by Lisa Hilton

The House with Blue Shutters Summary

The House with Blue Shutters by Lisa Hilton

CASTROUX, FRANCE, 1939. In a bare farmhouse above the village, Oriane lives in desperate poverty. When the Germans invade, her simple world crumbles. Passions erupt, moral boundaries break down, and rebellion is soon in the air. CASTROUX, FRANCE, 2000. In an idyllic gite overlooking the river, Claudia sunbathes on the terrace. She's pregnant, trapped, and terrified of the future. She confides only in an elderly neighbour, Oriane, and discovers that she too once carried a shameful secret. THE HOUSE WITH BLUE SHUTTERS. Witness to the horrors of war and the heartache that followed. A place where history echoes off every wall...

The House with Blue Shutters Reviews

Hilton's style is positivly edible * Sunday Telegraph *
Refreshing both in the lightness of touch and the vividness of description * Sunday Express *
Scintillating... vivid * Observer *

After reading English at Oxford, Lisa Hilton studied history of art in France and Italy. Since the, she has freelanced for Vogue, Harpers, The New York Times and the national broadsheets, and is the author of several critically acclaimed works of non-fiction. She has also written and presented programmes for the BBC. She lives between London and the South of France.

GOR001970353
The House with Blue Shutters by Lisa Hilton
Lisa Hilton
Used - Very Good
Paperback
Atlantic Books
2010-07-01
440
1848874669
9781848874664
N/A
Book picture is for illustrative purposes only, actual binding, cover or edition may vary.
This is a used book - there is no escaping the fact it has been read by someone else and it will show signs of wear and previous use. Overall we expect it to be in very good condition, but if you are not entirely satisfied please get in touch with us.