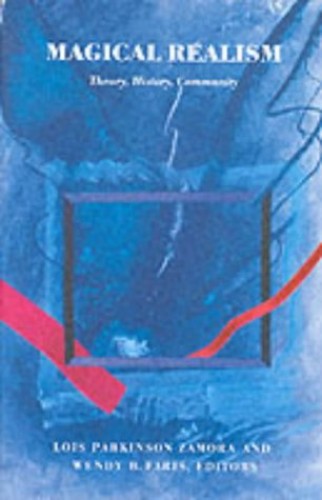 Magical realism is often regarded as a regional trend, restricted to the Latin American writers who popularized it as a literary form. In this critical anthology, the first of its kind, editors Lois Parkinson Zamora and Wendy B. Faris show magical realism to be an international movement with a wide-ranging history and a significant influence among the literatures of the world. In essays on texts by writers as diverse as Toni Morrison, Gunter Grass, Salman Rushdie, Derek Walcott, Abe Kobo, Gabriel Garcia Marquez, and many others, magical realism is examined as a worldwide phenomenon.
Presenting the first English translation of Franz Roh's 1925 essay in which the term magical realism was coined, as well as Alejo Carpentier's classic 1949 essay that introduced the concept of lo real maravilloso to the Americas, this anthology begins by tracing the foundations of magical realism from its origins in the art world to its current literary contexts. It offers a broad range of critical perspectives and theoretical approaches to this movement, as well as intensive analyses of various cultural traditions and individual texts from Eastern Europe, Asia, North America, Africa, the Caribbean, and Australia, in addition to those from Latin America. In situating magical realism within the expanse of literary and cultural history, this collection describes a mode of writing that has been a catalyst in the development of new regional literatures and a revitalizing force for more established narrative traditions-writing particularly alive in postcolonial contexts and a major component of postmodernist fiction.

"This critical collection combines astute and graceful interpretations of well-known literary texts from the Americas while at the same time displaying a rich global understanding of the broad reach of magical realism. Fashioning subtle rethinkings of the magical realist movement, it will shape discussion of postmodern and postcolonial literary histories."-Jose David Saldivar, University of California, Berkeley
"Zamora and Faris persuasively support their claim that magical realism is not only-or even mainly-a Latin American phenomenon, as is usually thought, but a truly international development of the last half century or so and, a major, perhaps the major, component of postmodernist fiction."-Matei Calinescu, Indiana University

Lois Parkinson Zamora is Professor of English and Comparative Literature at the University of Houston.

Wendy B. Faris is Professor of English and Comparative Literature at the University of Texas, Arlington.

GOR001956563
Magical Realism: Theory, History, Community by Lois Parkinson Zamora
Lois Parkinson Zamora
Used - Very Good
Paperback
Duke University Press
1995-06-30
592
0822316404
9780822316404
N/A
Book picture is for illustrative purposes only, actual binding, cover or edition may vary.
This is a used book - there is no escaping the fact it has been read by someone else and it will show signs of wear and previous use. Overall we expect it to be in very good condition, but if you are not entirely satisfied please get in touch with us.