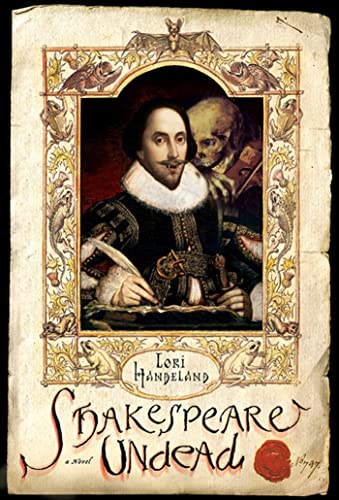 Out of Stock
$19.49
inc. GST
Shakespeare wasn't human . . . he was undead! For fans of "Pride and Prejudice and Zombies" comes a novel that shows how the Bard got his bite.
Very Good
Only 0 left

When speaking of William Shakespeare, legends and rumours abound. But what is fiction? And wherein lies the truth? Some say his impressive body of work is too impressive. No single human being could have written all those plays, that multitude of sonnets. Others insist the reality of the historical plays, the pain of the tragedies, the joy of the comedies, the authenticity of characters are all too much for one man. He'd have to be superhuman to produce such genius. Well, here's the truth: Will was not only one of the greatest writers in the English language, he was also a necromancer. In exchange for a front row seat to history, Will supplied zombie armies. Sure, he's sorry now. Hey, he's refused to raise a shuffling, shambling corpse for years. And the talent - which comes only to a necromancer who's become a vampire - is extremely rare. So why are there so many zombies strolling around London? Will needs to find out. He has help from Katherine Dymond, the famed "Dark Lady" of Sonnets 127-152. Katherine is Will's one and only love, the woman he can only be near in the dark. Together, Katherine and Will struggle against the reanimated corpses, even as they attempt to discover who has raised them, who is controlling them and what the zombies are after.

Lori Handeland is the USA Today and New York Times bestselling author of the Nightcreature Novels, The Phoenix Chronicles and Shakespeare Undead. She is the recipient of many industry awards, including two RITA awards, a Romantic Times Award for Best Harlequin Superromance, and the Prism Award from Romance Writers of America. She lives in Wisconsin with her family and a yellow lab named Ellwood.

GOR004285669
Shakespeare Undead by Lori Handeland
Lori Handeland
Used - Very Good
Paperback
Griffin Publishing
2010-06-01
320
0312641524
9780312641528
N/A
Book picture is for illustrative purposes only, actual binding, cover or edition may vary.
This is a used book - there is no escaping the fact it has been read by someone else and it will show signs of wear and previous use. Overall we expect it to be in very good condition, but if you are not entirely satisfied please get in touch with us.