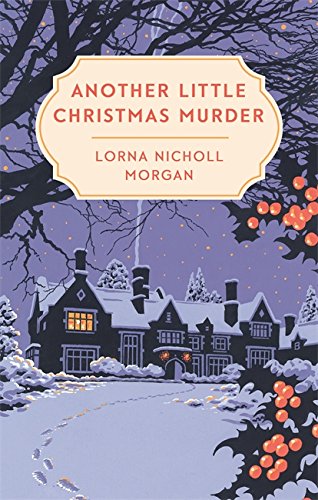 Used Price
$16.49
inc. GST
Free Shipping in Australia
First published in 1947, Another Little Christmas Murder is a fast-moving tale of mystery and suspense - perfect for fans of Murder at the Old Vicarage and Partners in Crime.
Reviews:
Trustpilot
Like New Very Good Good Well Read

A classic country house mystery republished for the first time in nearly seventy years. Perfect for fans of Murder at the Old Vicarage and Partners in Crime.

When Dilys Hughes finds herself snowbound in the middle of a bleak and lonely stretch of Yorkshire, she has no option but to accept help from passing motorist Inigo Brown, who is on his way to visit his uncle.

Arriving at his uncle's remote country house, Wintry Wold, the couple encounters a less than warm welcome from Inigo's new young aunt, Theresa. Why is she reluctant to let Inigo see his uncle, and is he really as ill as they are told?

As the snowstorm brings more stranded strangers to their door, Dilys starts to realise that all is not as it seems at Wintry Wold. When the morning brings news of the death of Inigo's uncle, Dilys sets out to investigate - was it a natural death, or was it murder?

Keeps one guessing * The Sunday Times *

Lorna Nicholl Morgan was a classic crime writer of the forties, publishing four witty mystery novels between 1944 and 1947.

GOR007897245
Another Little Christmas Murder by Lorna Nicholl Morgan
Lorna Nicholl Morgan
Used - Like New
Paperback
Little, Brown Book Group
2016-11-03
256
0751567701
9780751567700
N/A
Book picture is for illustrative purposes only, actual binding, cover or edition may vary.
The book has been read, but looks new. The book cover has no visible wear, and the dust jacket is included if applicable. No missing or damaged pages, no tears, possible very minimal creasing, no underlining or highlighting of text, and no writing in the margins.