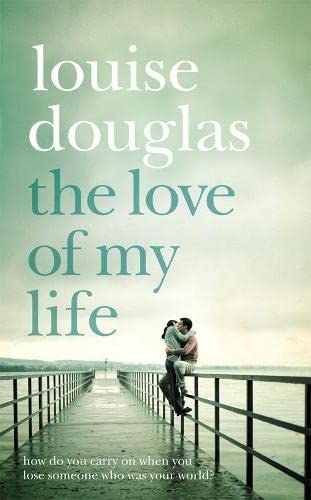 `I miss him with every breath and heartbeat. He should have been my happy ending. Instead, he is the sad beginning to my story.'

Olivia and Luca Felicone had known each other nearly all their lives, but when they fell in love as teenagers and eloped to London they broke the hearts of those closest to them. Luca's parents run Marinella's restaurant, the colourful hub of life in the otherwise bleak north-eastern seaside town of Watersford, and his mother, Angela, has never forgiven Olivia for causing such a rift in her beloved family.

On a freezing January night Olivia's life is shattered when she learns that Luca has been killed in a car accident. She is left with nothing and, after suffering from weeks of overwhelming grief, she abandons her job and returns north to where Luca has been buried in Watersford.

Olivia's chance meeting with Luca's married twin brother, Marc, leads to the realization that he is experiencing a loss almost as painful as her own. Their desolation draws them into an affair which both know has no future, but fills the space where Luca should be. It is a course of action that can only spiral out of control, and when it does the consequences are both explosive and cruel.

The Love of My Life is a beautiful novel that portrays both the innocence of childhood, and the dynamics of love and loss with deftness and sensitivity. It is, above all, a stunning debut from an author with a unique and natural narrative voice.

Louise Douglas is a journalist and lives near Bristol with her partner and three children. The Love of My Life is her first novel.
GOR001230970
9780230532076
0230532071
The Love of My Life by Louise Douglas
Louise Douglas
Used - Very Good
Hardback
Pan Macmillan
2008-02-01
336
Long-listed for Waverton Good Read Award 2008 (UK)
Book picture is for illustrative purposes only, actual binding, cover or edition may vary.
This is a used book - there is no escaping the fact it has been read by someone else and it will show signs of wear and previous use. Overall we expect it to be in very good condition, but if you are not entirely satisfied please get in touch with us
Trustpilot