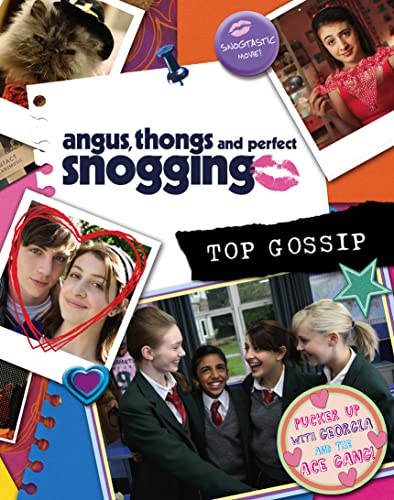 The Confessions of Georgia Nicolson hit the big screen in the summer smash hit movie - `Angus, Thongs and Perfect Snogging'.

Get THE official guide to this year's grooviest film, with photostories, character profiles, song lyrics and all the goss from Georgia and the Ace Gang. Not to mention guest starring 2008's hottest new band, Stiff Dylans!

GOR001047404
Top Gossip! (Angus, Thongs and Perfect Snogging) by Louise Rennison
Louise Rennison
Angus, Thongs and Perfect Snogging
Used - Very Good
Paperback
HarperCollins Publishers
2008-07-01
64
0007280874
9780007280872
N/A
Book picture is for illustrative purposes only, actual binding, cover or edition may vary.
This is a used book - there is no escaping the fact it has been read by someone else and it will show signs of wear and previous use. Overall we expect it to be in very good condition, but if you are not entirely satisfied please get in touch with us.