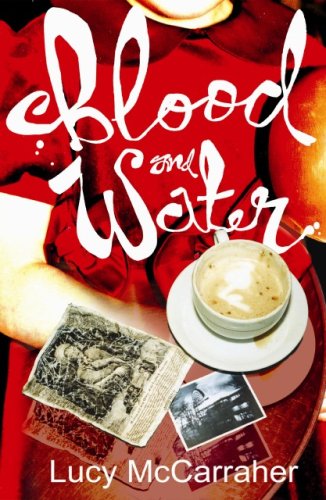 Blood and Water
by Lucy McCarraher

In Stock
$22.49
+10% GST
At 45, Mo Mozart has struggled to bring up her first two children as a single mother and, now they've flown the nest, she's concentrating on maintaining a career while being a good wife to her second, younger husband, Jack, and mother to their little daughter, Lily.
Very Good
Only 1 left

Blood and Water by Lucy McCarraher

With the help of yoga, meditation and her close group of girlfriends, Mo feels she's at last getting the balance of her life right. Until, that is, Jack's highly strung twin sister asks her to help trace their birth mother, Caitlin, whom Jack wants nothing to do with. Her involvement in the search triggers turmoil in Mo's life, exacerbated by the onset of menopausal symptoms, Jack's involvement with someone else, and an old vagrant woman who unleashes unwelcome, supernatural encounters.

The hunt for Caitlin is a compelling journey of clues and dead ends, coincidence and revelation, that exposes much of the grief involved in teenage sex and adoption. It is set within a wry and authentic portrayal of the complex lifestyle which so many contemporary women lead, and against an evocative depiction of London's historic Crystal Palace district. Each of the acutely drawn characters has personal issues, all of which raise questions about spirituality and sexuality, motherhood, relationships and family bonds.

Forced to use all her professional skills, personal contacts and psychic gifts to locate Jack's biological mother, Mo gains a deeper understanding of herself in the process, and unearths unexpected information about her family and the intimate lives of her best friends.

Lucy McCarraher is an expert in work-life balance, advising organisations and individuals, and is joint author of the self-help publication, The Book of Balanced Living. She has also worked in television as a writer, script-editor, concept developer and presenter; and as a researcher, journalist, book editor, writers' agent, ghost writer, theatre critic and magazine publisher.

GOR001404685
Blood and Water by Lucy McCarraher
Lucy McCarraher
Used - Very Good
Paperback
Pan Macmillan
2006-09-01
256
0230007341
9780230007345
N/A
Book picture is for illustrative purposes only, actual binding, cover or edition may vary.
This is a used book - there is no escaping the fact it has been read by someone else and it will show signs of wear and previous use. Overall we expect it to be in very good condition, but if you are not entirely satisfied please get in touch with us.