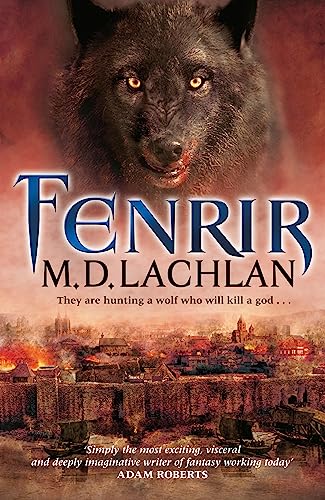 Out of Stock
$14.99
inc. GST
The second volume of one of the most critically acclaimed fantasies of recent years.
Like New
Only 0 left

His conscience demands one thing, the demands of state another. The Count and the church are relying on the living saint, the blind and crippled Jehan of St Germain, to enlist the aid of God and resolve the situation for them.

But the Vikings have their own gods. And outside their camp a terrifying brother and sister, priests of Odin, have their own agenda. An agenda of darkness and madness. And in the shadows a wolfman lurks.

M.D. Lachlan is a journalist living and working in the UK. His debut fantasy, WOLFSANGEL was a major success. He has previously written fiction and non-fiction under his own name.

GOR010226412
Fenrir by M.D. Lachlan
M.D. Lachlan
Used - Like New
Paperback
Orion Publishing Co
2012-04-12
544
0575089652
9780575089655
N/A
Book picture is for illustrative purposes only, actual binding, cover or edition may vary.
The book has been read, but looks new. The book cover has no visible wear, and the dust jacket is included if applicable. No missing or damaged pages, no tears, possible very minimal creasing, no underlining or highlighting of text, and no writing in the margins.