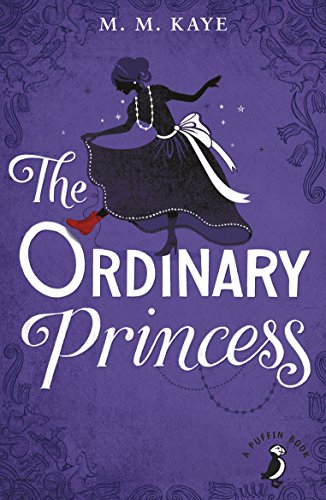 Used Price
$17.49
inc. GST
Free Shipping in Australia
Crustacea, Prince Amy's cross Fairy Godmother, gave her goddaughter a curious christening present. 'You shall be ordinary!' she cried. But Her Serene and Royal Amethyst Alexandra Augusta Araminta Adelaide Aurelia Anne grew up to have the most extraordinary adventures...
Very Good

Once upon a time, there was the most beautiful, extraordinary princess. At least, until the day of her christening, when a grumpy fairy placed a spell to make her ORDINARY!

Princess Amethyst Alexandra Araminta Adelaide Aurelia Anne (also known as Princess Amy) doesn't mind being ordinary- she gets to play in the woods, and run about to her heart's content!

But when she realises that her parents intend for her to marry a dreary prince, she must take matters into her own hands.

She may have been born ordinary, but Princess Amy's adventures are nothing but!

Is Princess Amy your #GirlHero? Check out the other stories in our #GirlHero collection- which character is your favourite?

M. M. Kaye (1908-2004) was born and grew up in Simla, India. Her grandfather, father, brother and husband all served the Raj. M. M. Kaye won worldwide fame for The Far Pavilions, which became a best-seller on publication in 1978.
She also wrote a series of detective novels, including Death in Kashmir and Death in Zanzibar, and an autobiography, published in three volumes, collectively entitled Share of Summer: The Sun in the Morning, Golden Afternoon, and Enchanted Evening.

GOR007020346
The Ordinary Princess by M. M. Kaye
M. M. Kaye
A Puffin Book
Used - Very Good
Paperback
Penguin Random House Children's UK
2015-07-02
160
0141361166
9780141361161
N/A
Book picture is for illustrative purposes only, actual binding, cover or edition may vary.
This is a used book - there is no escaping the fact it has been read by someone else and it will show signs of wear and previous use. Overall we expect it to be in very good condition, but if you are not entirely satisfied please get in touch with us.